Turn any outdoor excursion into a reason to feast, especially with the big flavors of Hilo’s Restaurant Kenichi.

The incredible trails and vistas of Hawaii Island are a reward in themselves. Here, on this big island, you might feel like you won the lottery hiking through lush rainforests to towering waterfalls, across famous volcano craters or between beaches of white and black sands. Of course, if you’ll looking for extra incentive, your next prize is never far. The Island has an abundance of fabulous places to eat after a hike — and we’re sharing a few favorites along the Holoholo Challenge Hilo to Kau to Kona route. Lace up your shoes and get ready to feast. 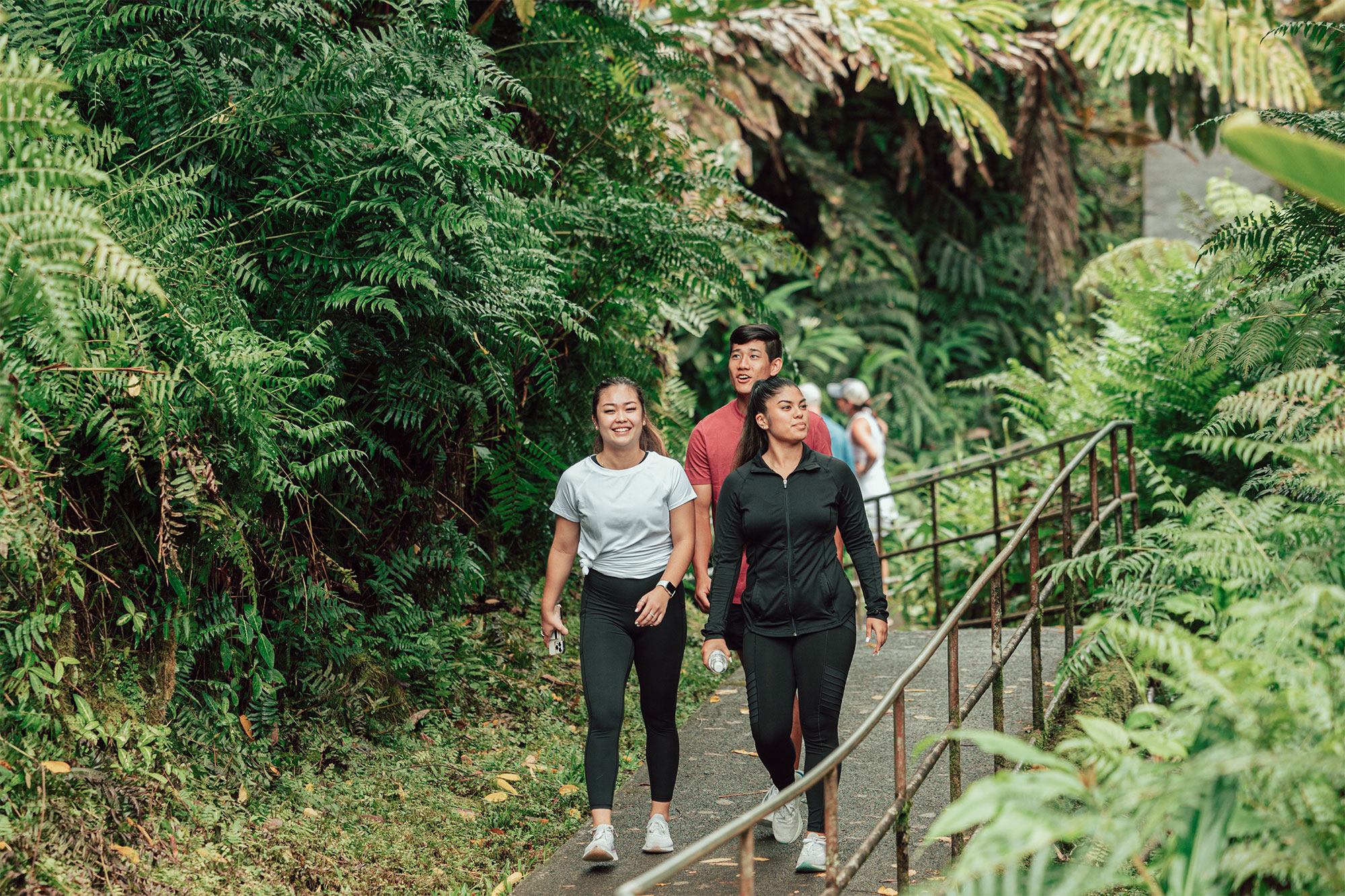 The paved path of Akaka Falls State Park makes for an easy hike — unless you decide to do several laps.

Waterfalls and local favorites in Hilo

You don’t have to be an avid hiker to enjoy Akaka Falls. The paved loop trail is just a half-mile and 100-feet elevation gain, winding through a dense tropical forest with viewpoints that overlook two waterfalls. The park’s namesake cascade drops a spectacular 442 feet, practically posing for your camera between a frame of ferns. Stay in your target heart rate zone by chatting with friends and taking the loop more than once. Once you’ve emerged from the forest, head 15 miles south to the heart of Hilo, where Restaurant Kenichi offers a variety of ramen dashi and local classics. The char-grilled yuzu-miso butterfish will melt in your mouth, while the panko furikake salmon gives a satisfying crunch. Save space for a plate of dessert (or two) like the lilikoi chiffon pie and mango Japan-style cheesecake with a side of homemade ice cream. 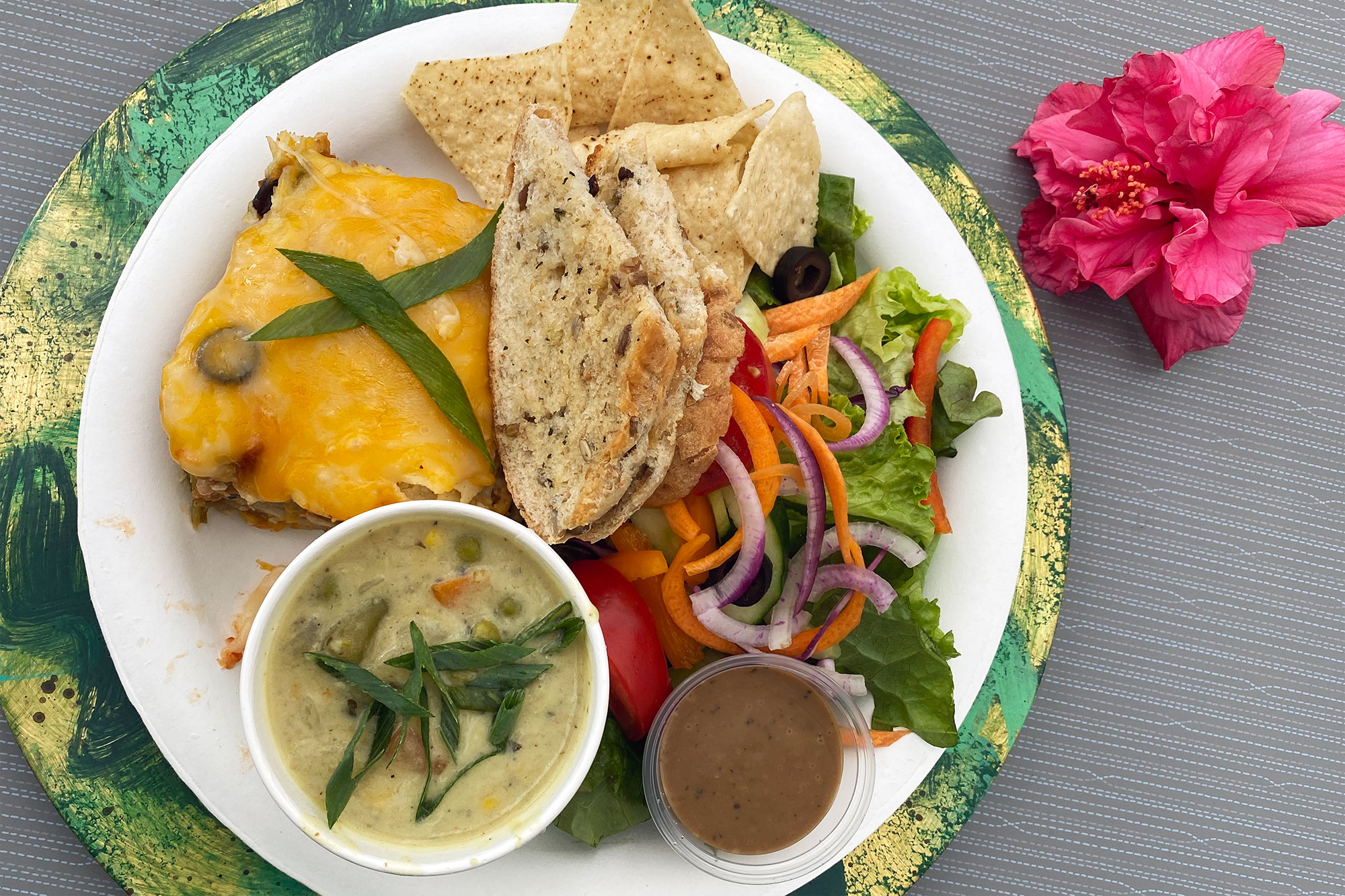 The hearty entrees at Café Ono will fill your stomach and satisfy your soul.

It’s hard to beat the range of hikes at Hawaii Volcanoes National Park — the choices include craters, calderas, sulphur banks, petroglyphs, rainforests and a lava tube. For the seasoned hiker, Kilauea Iki might be at the top of the list. The 3.3-mile loop begins at the overlook, weaving through a surprisingly lush rainforest along the rim to a steep 400-foot descent onto the steaming crater floor, the site of a 1959 eruption. For a bonus, add a detour to Nahuku (Thurston Lava Tube) when it's open. By the end of the hike, you’ll be ready to chow down and relax at Café Ono in the aptly named town of Volcano. The restaurant specializes in homemade organic dishes — all vegetarian, some vegan, and definitely delicious. Plus, it’s set on the beautiful property of Volcano Garden Arts, called a “destination for the senses,” where visitors are encouraged to explore the manicured grounds and art-filled spaces. 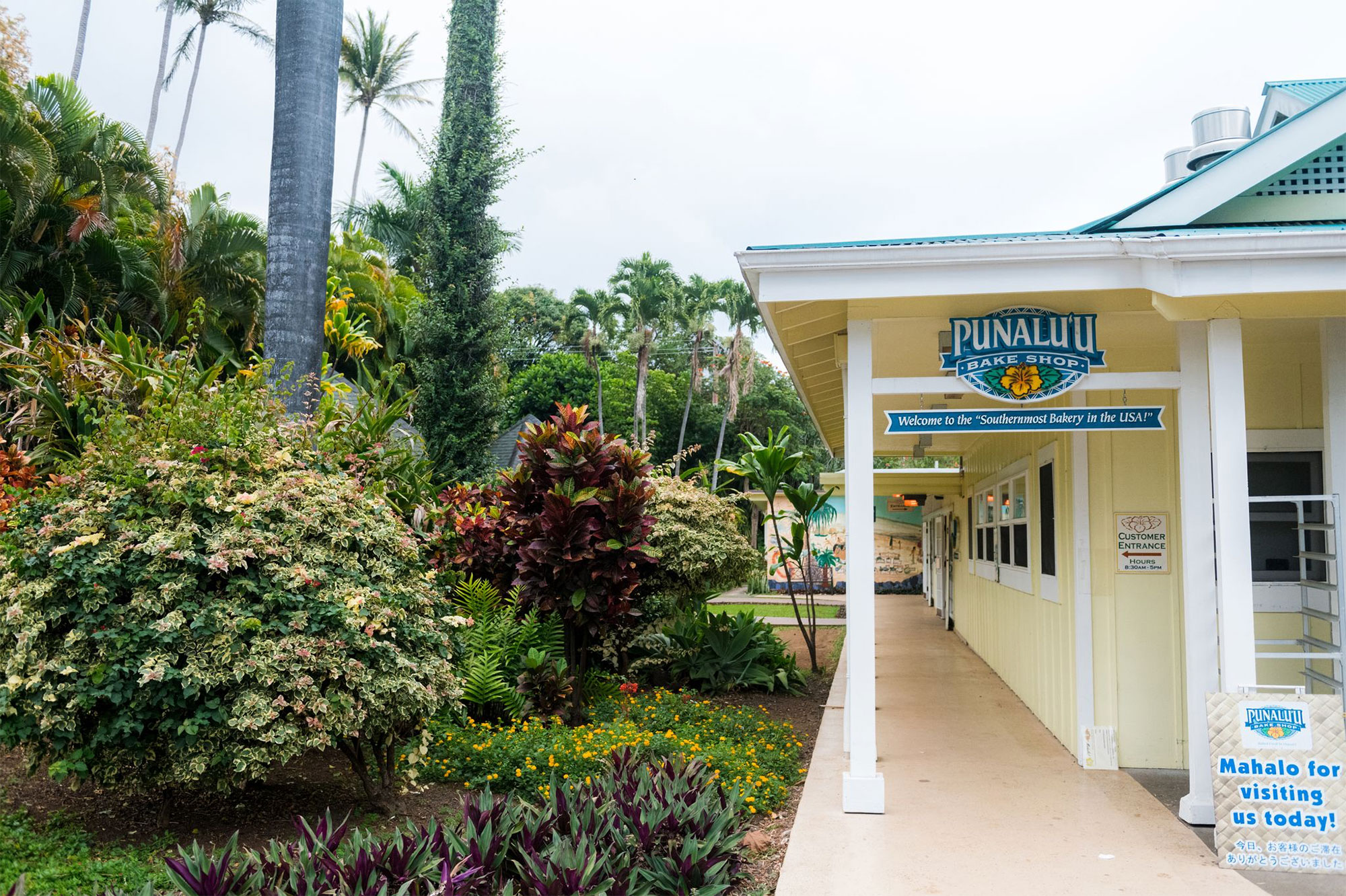 You can look for Punaluu Bake Shop sweetbreads sold around the Islands, but the freshest ones are found at its visitor center.

Just south of the national park on the southeastern Kau coast, Punaluu Beach is arguably the state’s most popular black sand beach. The glassy basalt shoreline formed when lava cooled against the ocean water, and underground freshwater flows into the bay. From here, the Punaluu to Kamehame Beach is a special 6.1-mile hike that traces an ancient trail, passing by petroglyphs and a sacred heiau before reaching the black sands of Kamehame Beach. Honu (turtle) breeding season is between June and November, so avoid walking across Kamehame Beach, a major breeding site, and always keep at least 10-feet distance from them. Afterwards, the famed Punaluu Bake Shop in nearby Naalehu is a fitting finale. Order a sandwich with their signature sweetbread and feel free to try one of every baked good — malasadas, turnovers, pastries and pies — plus, plenty of take-home treats to share with family back home. 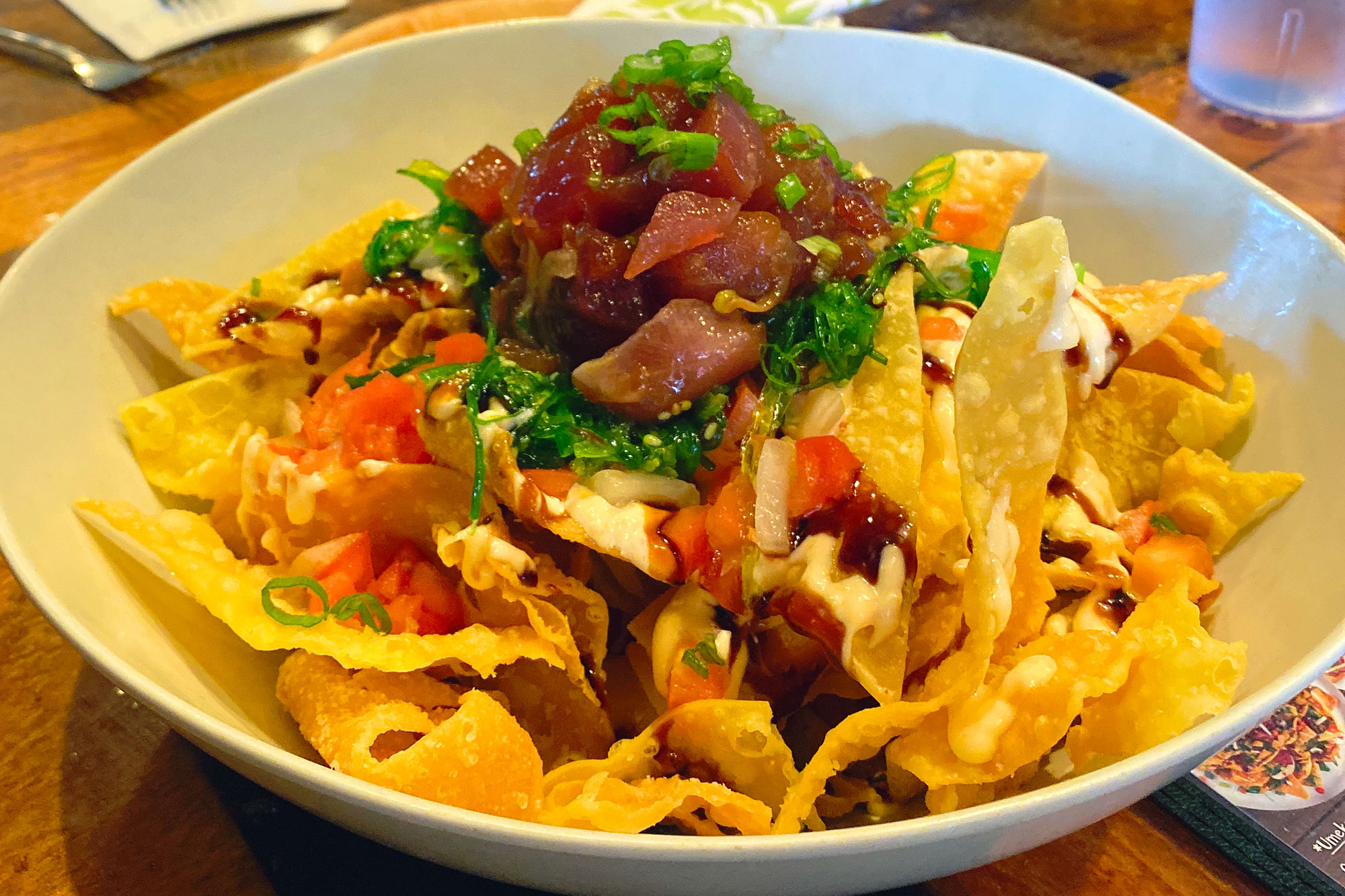 Here on Hawaii Island, you can get your exercise while witnessing ancient history. To see the remnants of a sacred Hawaiian ceremonial site, head south of Kona to Puuhonua o Honaunau National Historical Park. This walled stretch of land once served as a refuge for those seeking safety and forgiveness. Stay on the 2-mile 1871 Trail to find the remains of heiau (temples), lava tubes and the ancient fishing village of Kiilae. (Though the trail is old, its name comes from when it was widened in 1871 to accommodate horses.) Once you’ve paid respects, it’s time to honor modern-day fishers at Umekes Fish Market Bar & Grill. The menu takes local cooking to the next level with creative dishes like poke nachos, luau oyster, tempura ahi belly, and seven flavors of poke, including a vegan one. Pro tip: Order several pupu dishes to share, so you don't miss out.