Mark Kanemura invites you to strut your stuff for the Rainbow Runway Challenge on social media.

Enter the Rainbow Runway Challenge for the chance to win 160,000 HawaiianMiles, a 5-night stay at The Royal Hawaiian Resort and the opportunity to join Mark Kanemura at Honolulu Pride Parade and Festival in October. Find out how to enter on Hawaiian Airlines' TikTok and Instagram pages.

When dancer Mark Kanemura is in Hawaii, he knows just where to go. Though he’s known worldwide for his viral dance parties, his roots are in the Islands.

Long before Kanemura placed in the top 6 of “So You Think You Can Dance”, toured with Lady Gaga, performed with Janet Jackson or amassed 1.4 million followers on Instagram and TikTok, he was a kid on Oahu honing his skills at 24-7 Danceforce Studio.

Now he’s bringing his joy back to Hawaii with the #RainbowRunwayChallenge, a social media dance contest aimed to celebrate inclusivity and aloha.

During your own dance breaks, feel free to map out an itinerary of Kanemura’s favorite LGBTQ-friendly places on Oahu. From what to wear to where to eat, he shares his go-to spots when he’s visiting home. 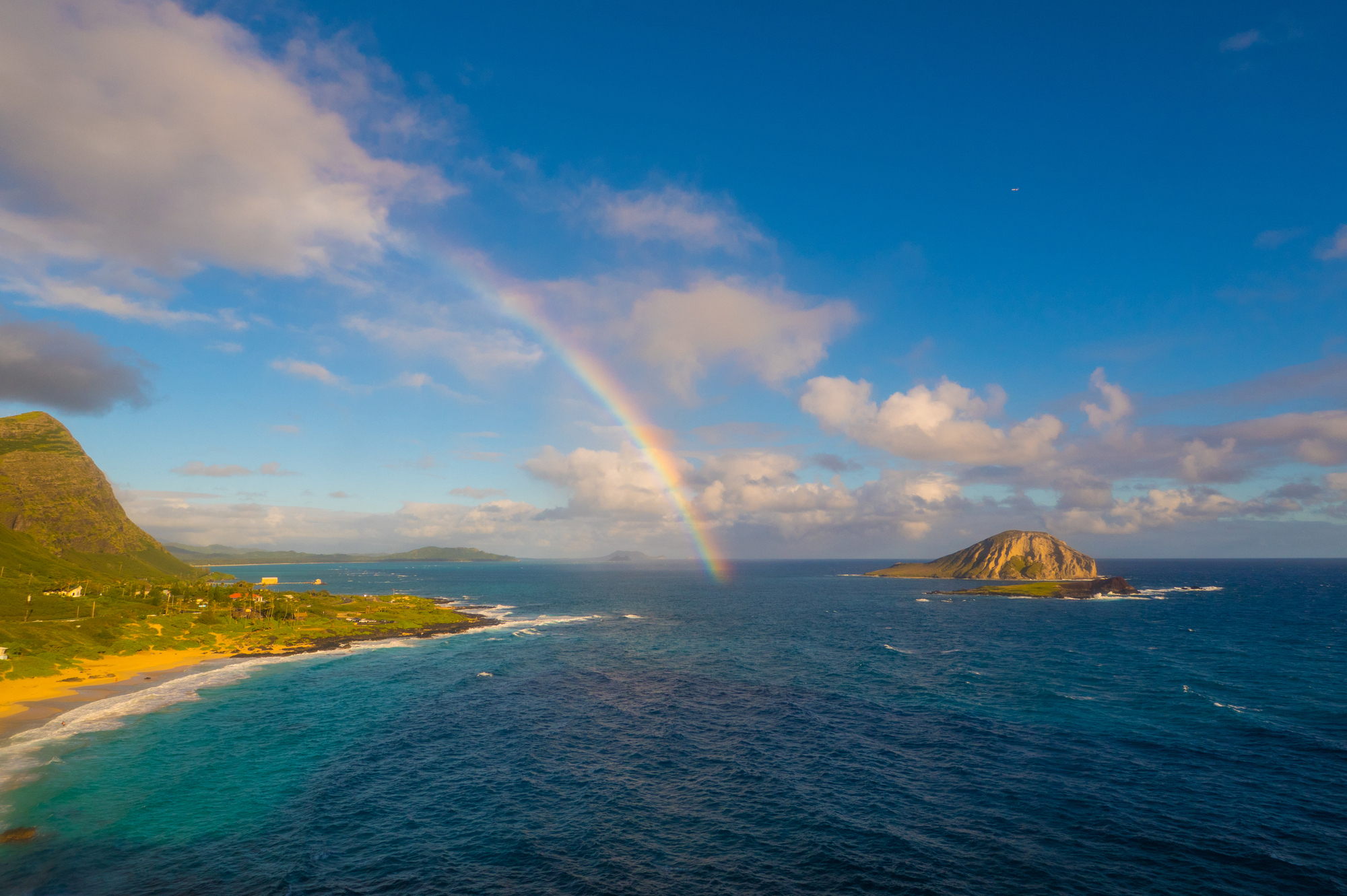 Oahu’s Windward Side has some of the most picturesque beaches with iconic islands just offshore.

Favorite beaches: Kaimana Beach and the Windward Side

When asked to choose a favorite beach on Oahu, Mark Kanemura narrowed it down to two locations. Kaimana Beach of Waikiki, nestled in front of the chic Kaimana Beach Hotel, is a quiet escape with easy access to the beachfront restaurant, Hau Tree. For his second pick, Kanemura chose the impressive Windward Side of Oahu, known for having some of the Island’s clearest ocean waters and finest sands. It also offers views of little islands offshore, such as the Mokulua Islands, located near Kailua Beach and Rabbit Island near Waimanalo. At around three miles long, Waimanalo Beach has one of the longest stretches of sandy shoreline on Oahu, plus good waves for boogie boarding. Those lucky enough to have a friend with a boat (or in contact with a charter guide) might head to Kaneohe Sandbar to enjoy a beach in the middle of the bay at low tide.

Though Oahu’s North Shore is famous for its big-wave surf competitions, calmer waters can be found here, too. Head to Haleiwa to stand-up paddleboard (SUP) down Anahulu Stream, making your way under the double arches of Rainbow Bridge. If you don’t own your own board, not to fear, Rainbow Watersports will set you up with a rental and instruction. You might also opt for their special Sunset Experience or Twilight Glow Paddle, which come with free photos and bragging rights. 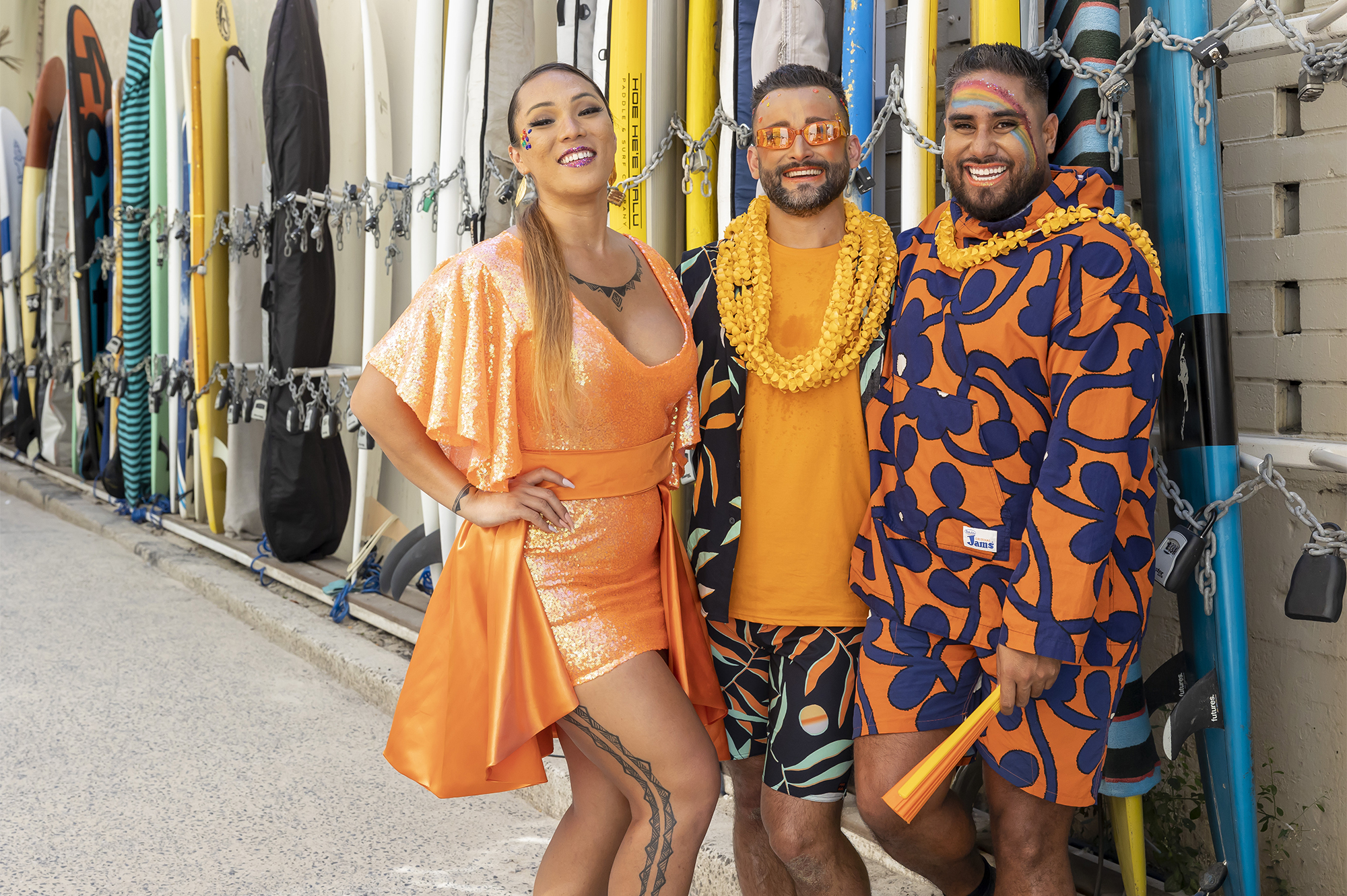 Ask anyone who follows Hawaii fashion, and they’ll probably name Ari South as one of their favorite brands. The designer behind the brand, Ariyaphon Southiphong, is known far and wide as a “Project Runway” top-three finalist and two-time "Project Runway All Stars" cast member. Yet, it’s her work back in the Islands that solidified her status as force for fashion. Found at stores across the state, Ari South collections are inspired by Hawaii, from patterns that evoke the sands of Hawaii Island to how the fabrics flow with movement.

Honolulu-based singer and songwriter Izik doesn’t fit into one genre. One might say his sound is a unique blend of R&B, pop, indie and Hawaiian. But then he’d probably find even more musical influences to weave into his next concert. Luckily, those staying on Oahu can listen for themselves — Izik is known to perform live at Hinana Bar of Prince Waikiki and Queensbreak of Waikiki Beach Marriott Resort. Wherever you are in the world, you can listen to his songs on streaming platforms. His 2019 album &bougainvillea just might be the perfect soundtrack to your next dance party, and his Mele Mondays collaboration with Kimie Miner will get you in the holiday spirit year round. 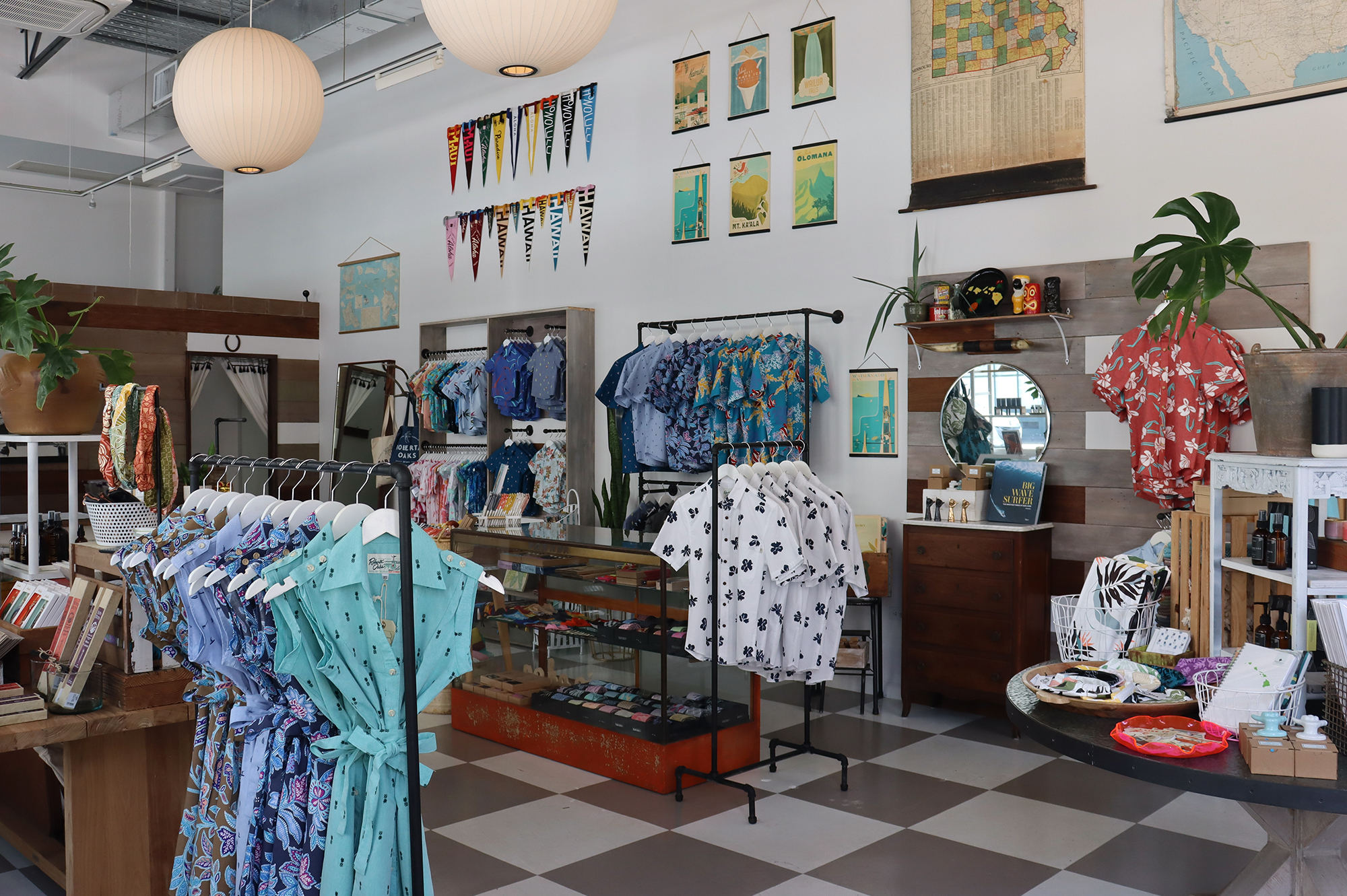 The flagship boutique of Roberta Oaks is located in the heart of downtown Honolulu’s Arts District.

Saunter through downtown Honolulu's Arts District to find yourself to the corner of Nuuanu and Pauahi, the home of Roberta Oaks. This bright boutique is hard to resist a perusal, with colorful aloha shirts, day dresses and home goods filling every checkboard corner. The brand brings a fresh take to Hawaii style with its retro-influenced patterns shaped into sharp, modern silhouettes. Best of all, some 85% of the prints are locally printed by hand, and the entire Roberta Oaks collection is sewn on Oahu.

Between Diamond Head State Monument and Waikiki, the shops of Monsarrat Avenue give you good reason to take a break. Here, you’ll find Da Cove Health Bar & Cafe, and its large selection of acai bowls, smoothies and fresh juices, plus breakfast and lunch items. The classic acai bowl is upgraded with bee pollen, paiai from poi, pitaya fruit, cacao nibs and more. (The choice is yours.) Rest assured, Da Cove has a points program so your inevitably frequent visits will be rewarded. 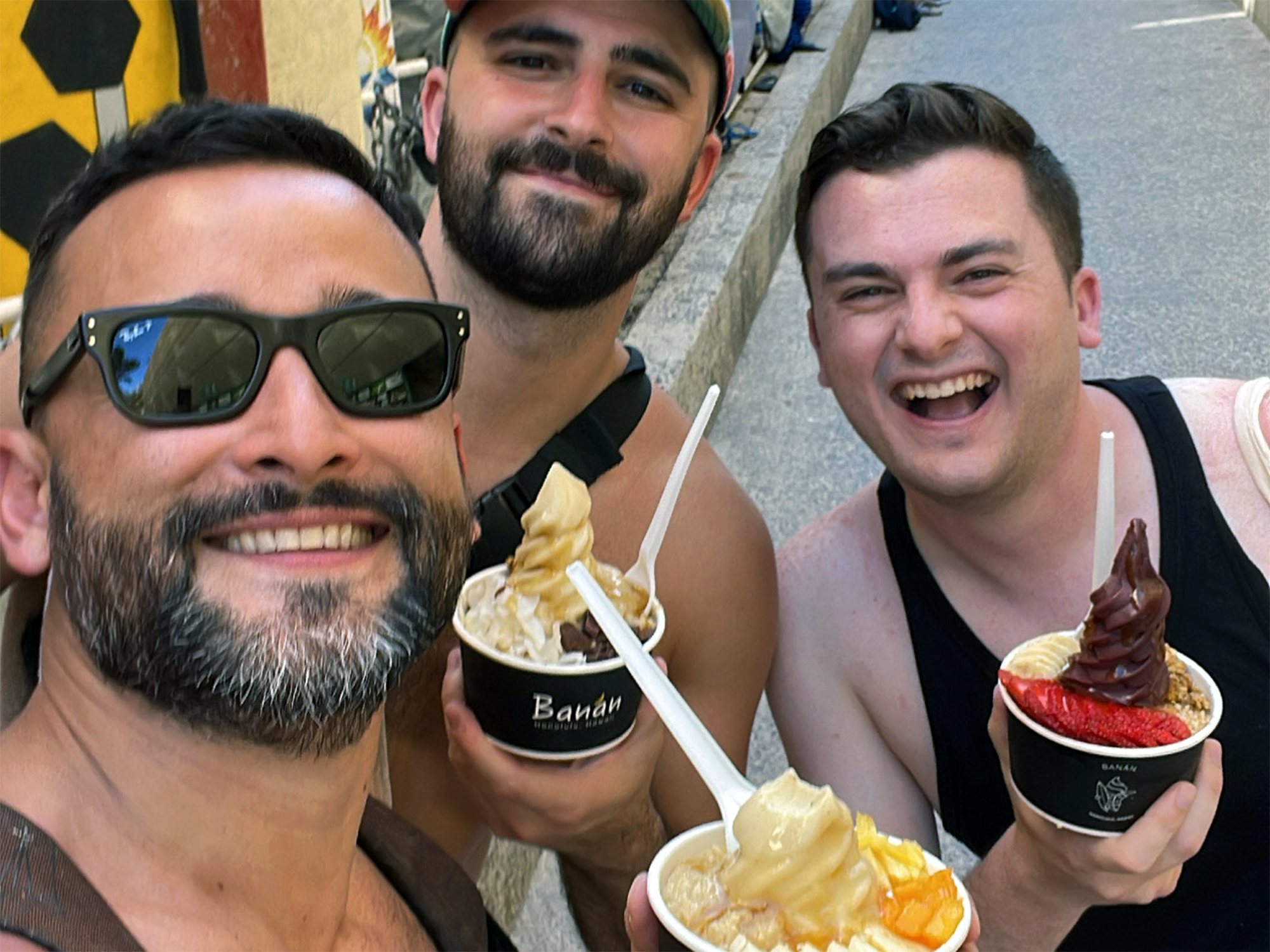 Mark Kanemura is a big fan of Banán’s plant-based desserts made from Hawaii-grown bananas. (And he’s not alone.)

Nothing caps off a day in the sun like the refreshing plant-based frozen desserts of Banán. The signature banan is made from Hawaii-grown bananas, though the expansive menu also includes smoothies, ulu waffles and dishes served in pineapples and papayas. The sweet treats come with a sweet mission, too: The founders, four childhood friends, are committed to supporting sustainable agriculture in Hawaii. Find Banán at two locations in Waikiki and one in Kailua.

It’s not easy to pick one Korean restaurant above them all — but Sorabol is one of a kind. The Honolulu mainstay has a seemingly endless menu of Korean specialties, char-broiled meats, stews, sashimi and sushi. Plus, you can reserve a tabletop grill to barbecue the meat to your liking. Now Sorbal includes a picturesque setting as well — the restaurant moved to Pagoda Hotel near Ala Moana Center, where it's surrounded by koi ponds and gardens. The peaceful paths will serve you well for a post-feast walk. 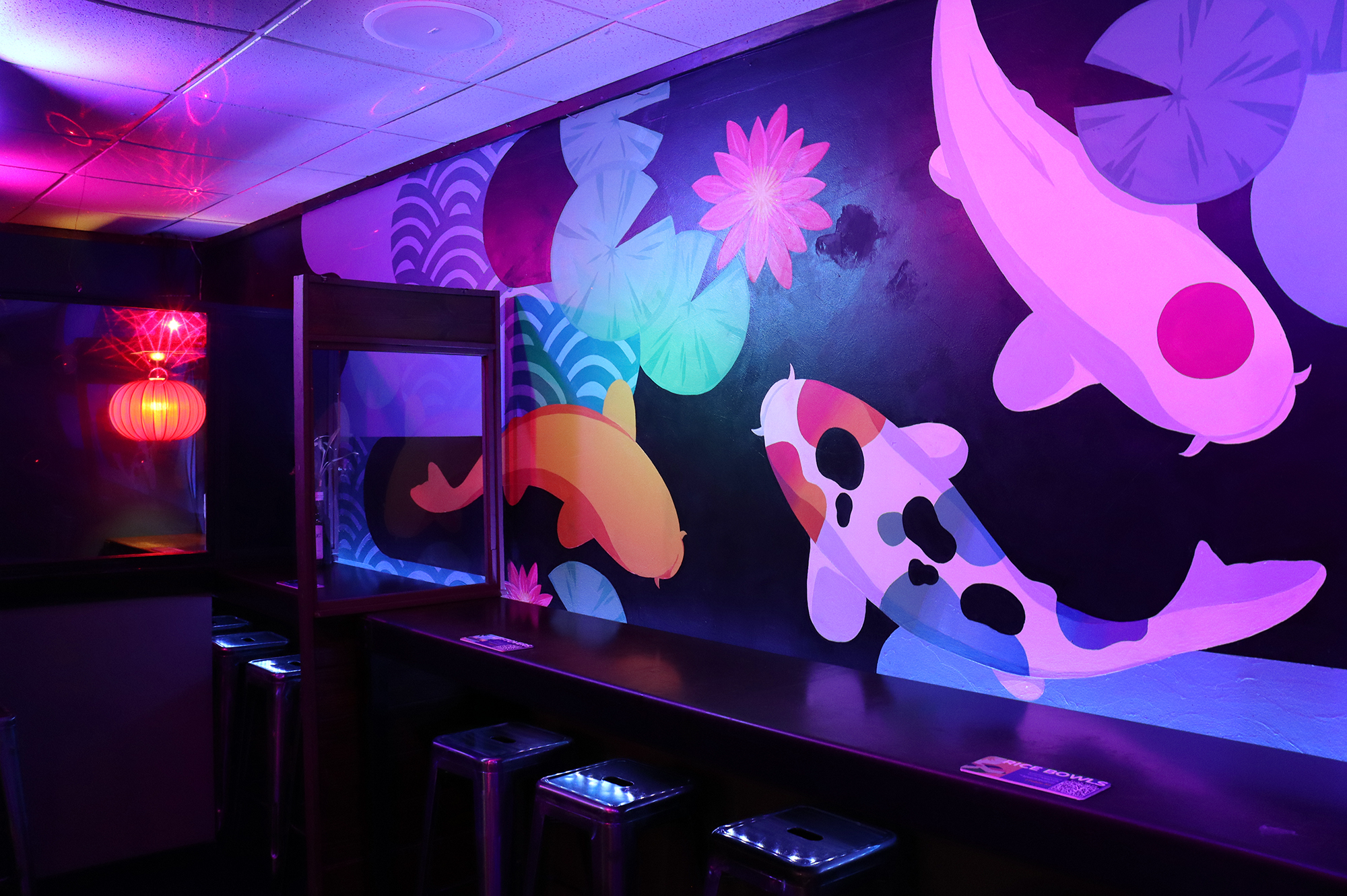 Wang Chung’s Karaoke Bar isn’t just for aspiring singers — but kudos if you can carry a tune.

Tucked into the ground floor of Stay Hotel Waikiki, Wang Chung’s Karaoke Bar is a destination in itself. The small but mighty LGBTQIA+ bar is decked out with on-theme murals and neon signs. Every night it bursts with song from the vocal cords of patrons and bartenders alike — you too can pick a tune for the time in the spotlight. Just remember that the audience is expected to applaud after every performance (this is a supportive space), especially during the Drag Queen Brunch on Sundays. 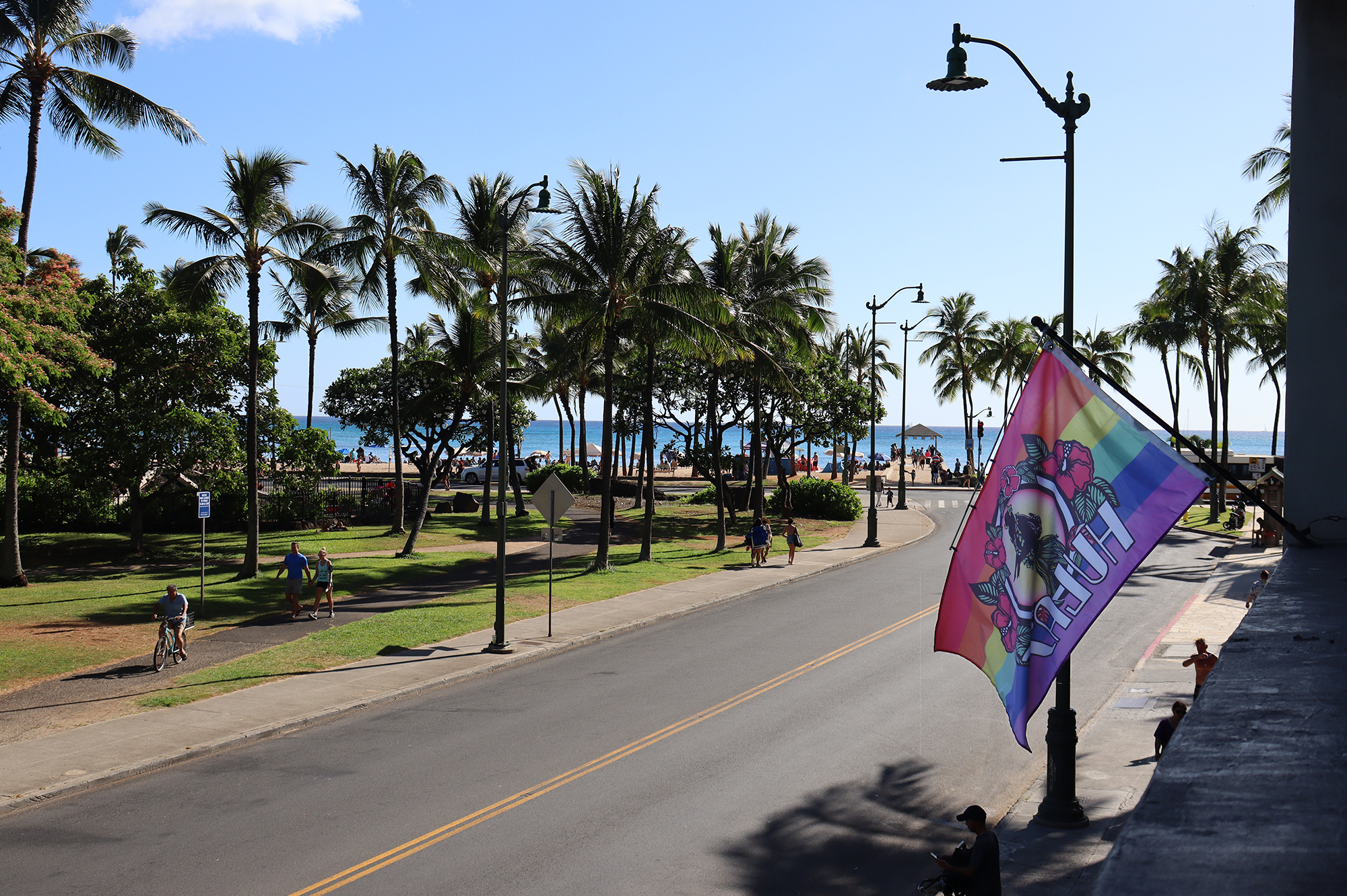 Located across the street from the Honolulu Zoo parking lot and down the block from the ocean, Hula’s has a prime location in Waikiki.

For nearly 50 years, Hula’s Bar & Lei Stand has welcomed LGBTQIA+ visitors to Waikiki with exuberant music and tasty drinks. It's called the Waikiki Grand Hotel home since 1998, where lucky patrons can snag a window seat with a view of Diamond Head and the blue Pacific. (Though the ocean breeze does permeate throughout the entire open-air restaurant.) Every day is a celebration here, with drink specials throughout the week and plenty of shareable plates, plus live music on Fridays. 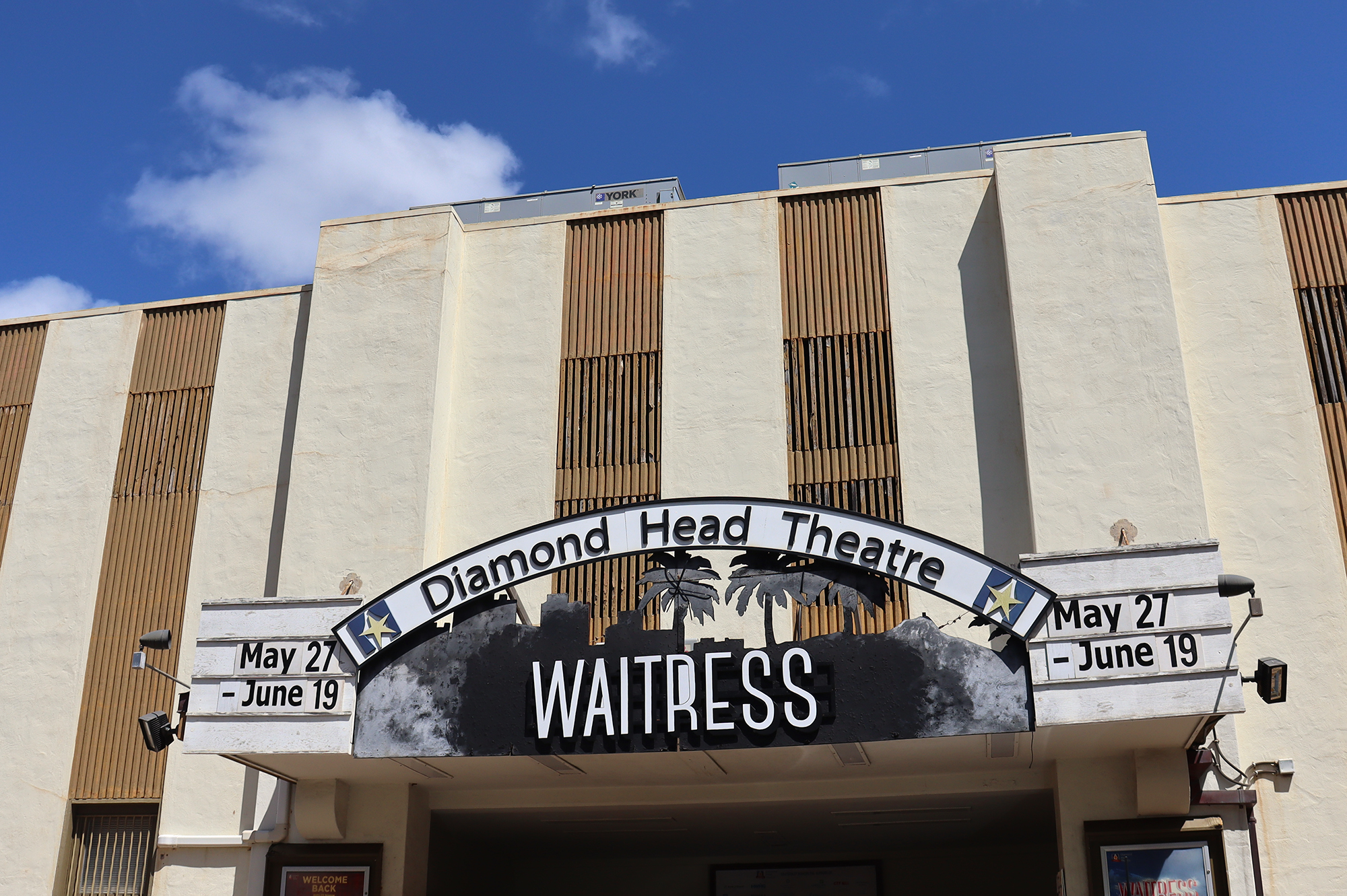 Catch a show at Diamond Theatre, known as the Broadway of the Pacific.

Believe it or not, Diamond Head Theatre is the nation’s third oldest continuously running community theatre — it first opened as a theatrical group in 1915. Now nicknamed the Broadway of the Pacific, Diamond Head Theatre produces six theatrical productions every season, five of which are major musicals. Fortunately, the popular theater seats some 475 guests for each show. It also offers singing, dancing and acting classes for youth and adults year round.

The performers of Improv Hawaii will keep you on your feet, literally if you dare to share the tiny stage. Anyone can join a class, no experience required, where students learn the basics of improvisational comedy. The impressive roster of instructors has made appearances in some of Hawaii’s most famous shows and acts. For those less interested in the limelight and more comfortable as an audience member, check out Improv Hawaii’s event calendar for live shows at their creative space in Kakaako.