Hakalau Forest has more akiapolaau than any other place across the Islands, inspiring the logo of Friends of Hakalau Forest National Wildlife Refuge. (Photo credit: Jack Jeffrey)

It’s not easy to reach the remote Hakalau Forest on Hawaii Island, but that’s part of what makes it so special. Determined travelers must drive 50 miles from either Kona or Hilo, with the last 10 miles taking about an hour to navigate over an especially rough, rocky road. .

Yet, once there, the recent journey seems to fade away. Songs of Hawaiian honeycreepers permeate the forest, the sounds of endangered native birds who found a haven.

Lucky visitors who experience these moments are usually a part of a special guided tour with Friends of Hakalau Forest (FOHF), the featured nonprofit of Holoholo Challenge 2022. The group works to conserve the unique flora and fauna of Hawaii Island, with experts like Jack Jeffrey, a biologist at the refuge for 20+ years, leading limited birding tours to witness the forest’s natural regeneration.

“Hakalau Forest National Wildlife Refuge is a very special place,” Jeffrey says. “It’s the only protected forest area where all of the native Hawaii Island forest birds have populations that are either stable or increasing, all due to the restoration and reforestation efforts of refuge staff and hundreds of volunteers over the past 35 years.” 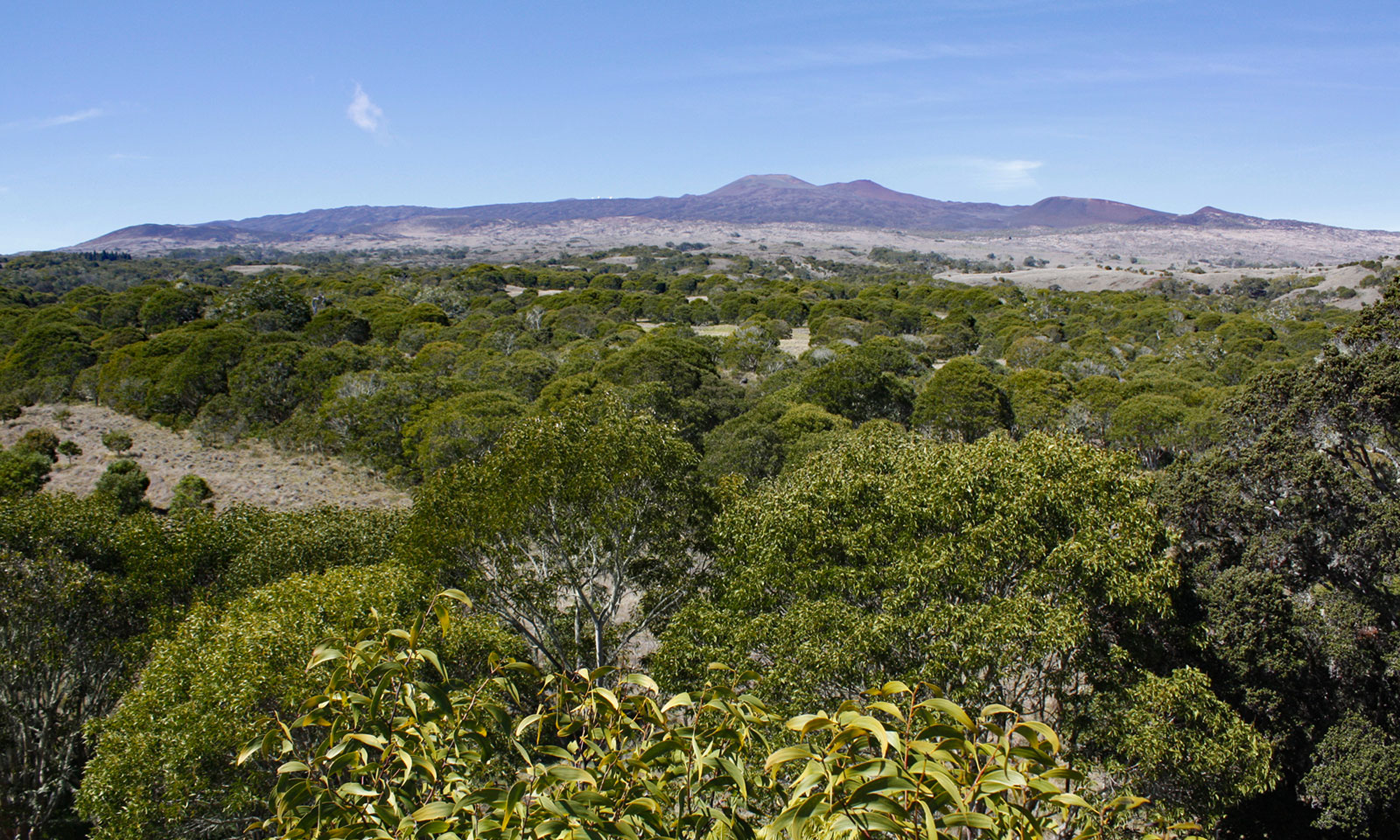 A campaign for conservation

Hawaii’s native forests evolved without protection from grazing mammals — the native raspberry has soft thorns, while all native mint have no defensive mint taste. Following the introduction of goats, pigs and cattle in the late 1700s, native plant populations were devastated, treated like a “giant salad bar,” as Jeffrey says.

As pastures were developed to support a monoculture of grass, native bird species lost critical tree habitat. Over time, feral animals invaded the landscapes, while disease-carrying mosquitoes moved to higher elevations with the changing climate. 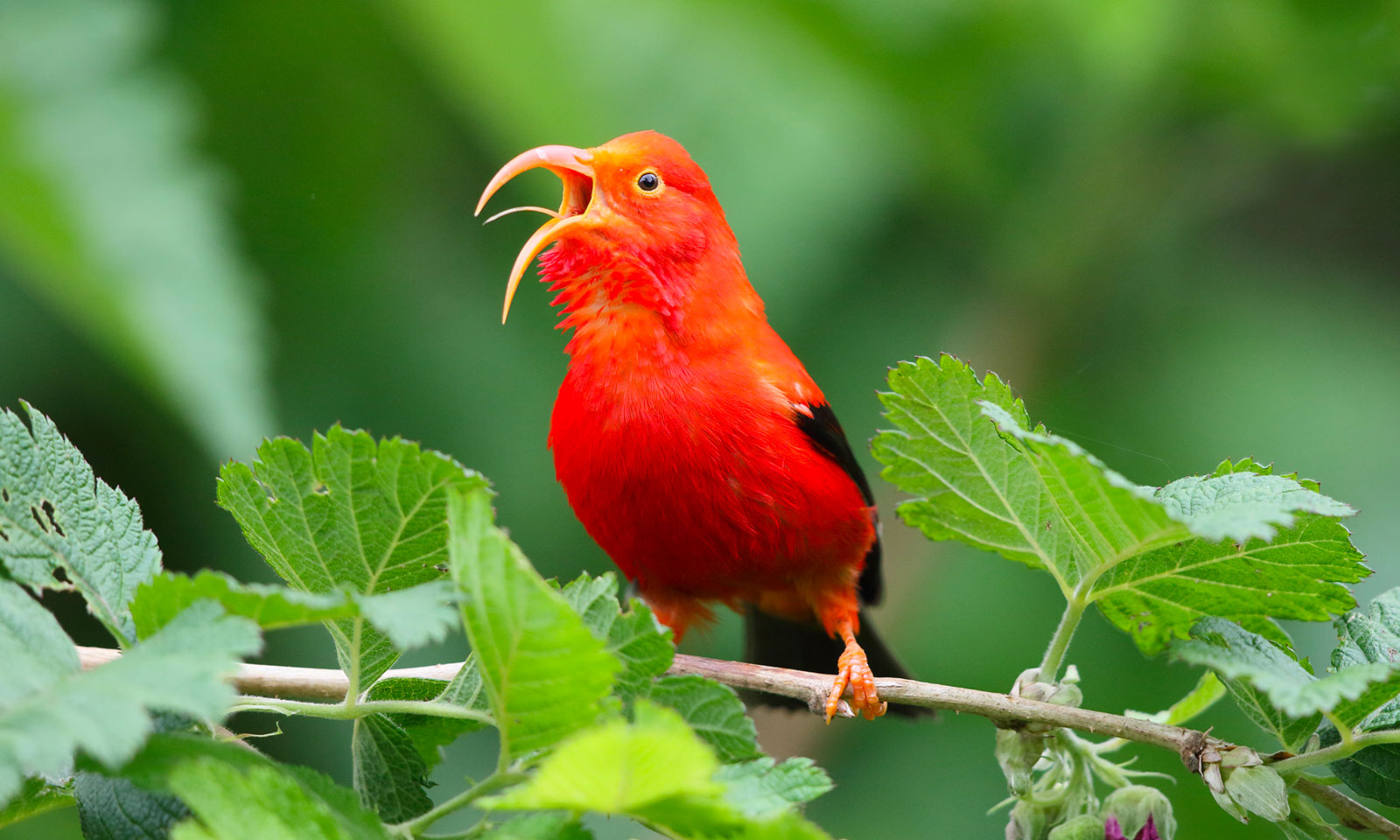 The scarlet iiwi is listed as a threatened species by the U.S. Fish and Wildlife Service. (Photo credit: Jack Jeffrey)

Since the refuge’s creation, more than 600,000 trees and shrubs have been replanted, including rare endemic lobelia and phyllostegia brevidens, which was last seen in 1886. (Horticulturalist Baron Horiguchi has also revived many other plant species in the onsite greenhouse.)

The high-elevation forest provides habitat for 29 critically endangered species, including six species of Hawaiian honeycreepers. It’s now the only place in the Hawaiian Islands where all the endangered forest bird populations are stable or increasing. Hakalau has more akiapolaau than any other place across the Islands, as well as 50 percent of the state’s iiwi.

These impressive numbers are credited to decades of conservation work that has revitalized the forest’s unique ecosystem. Here, the yellow akiapolaau uses its curved bill to forage for larvae in volunteer-planted koa trees. The sustained old-growth ohia trees provide nesting space for akepa, while the scarlet iiwi loves the nectar of flowering ohia. 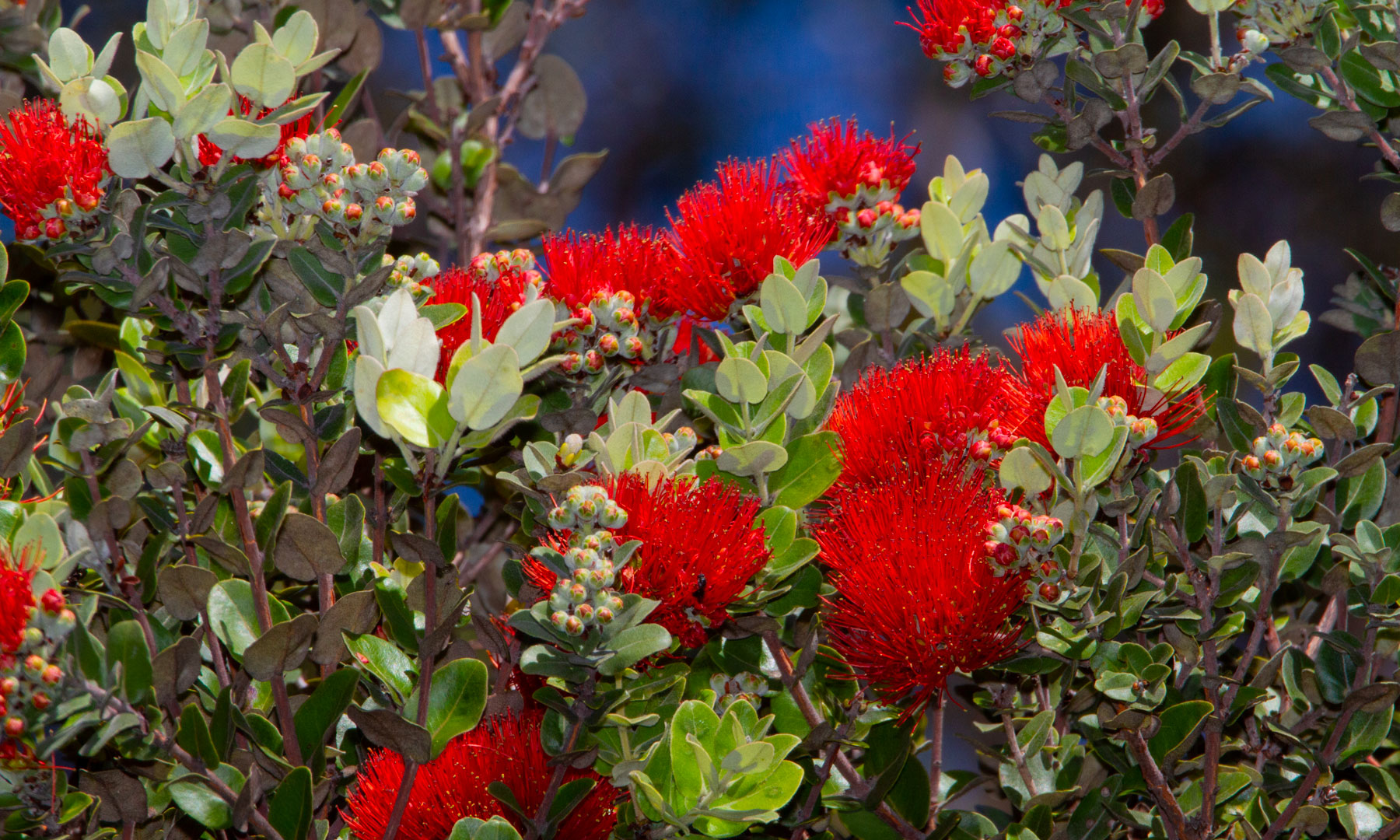 Radiocarbon analyses of the refuge’s ohia lehua trees show that many are older than 400 years. (Photo credit: Jack Jeffrey).

Hope for the future

While rapid ohia death (ROD) is a concern on Hawaii Island, the fungus has remained absent in the refuge likely due to its strong protective measures that include fencing, invasive animal removal and the replanting of diverse native plants.

“Mixed forests are the best kind of forest,” says Kenneth Kupchak, Friends of Hakalau Forest board member and Coalition of Refuge Friends and Advocates (CORFA) director at large.

Kupchak and his wife, Patty, have been planting native species at Hakalau for more than three decades. “Some [koa] have grown to over 30 feet,” he says. “They help form a native plant corridor along which iiwi, akiapolaau and other native birds can migrate with the seasons.”

Much of the organization’s fundraising is directed towards volunteer work that includes planting and weeding, as well as installing water tanks and efforts to keep predators out. The nonprofit also hosts lectures and underwrites projects, such as tackling the mosquito-spread avian malaria. To support its diverse ecological management projects, FOHF created an endowment fund with the Hawaii Community Foundation. With $750,000 raised since 2015, the nonprofit hopes to reach $1 million by the end of 2022 — and your Holoholo Challenge donation can help.

Next on the docket is the first annual Walk for the Wild, happening Oct. 15, 2022. The refuge will be open to the public for the first time in four years, with expert botanists and ornithologists stationed along the 5K course to help with identifications. (Binoculars recommended.)