After breakfast we were entertained with the performance of a young girl, who danced in a small area before our door. She was ably assisted by her father, who beat on a small drum and joined her in the singing and reciting and sometimes in a brisk dialogue, while she…traversed the area with such measured paces and fascinating movements, with such graceful attitudes and such agility and animation of acting, so punctually timed and so varied by easy transitions (that it) far exceeded anything of the kind we had before seen at these islands.

So wrote Archibald Menzies, botanist on Captain George Vancouver’s third voyage to Hawai‘i – obviously enchanted by a hula performance he saw in January 1794 during a trip to the uplands of Kona. The Christian missionaries who first arrived in 1820, however, were far less approving. Reverend Hiram Bingham noted, “The decent covering of a foreign dress was not then permitted to the public dancers…The whole arrangement and process of their old hulas were designed to promote lasciviousness, and of course the practice of them could not flourish in modest communities.” 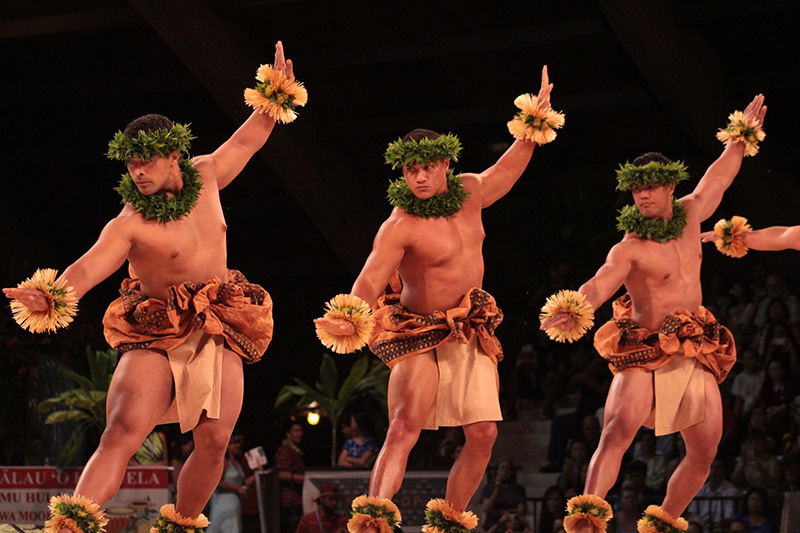 Never mind that for centuries the hula was far more than entertainment to the Hawaiians. In ancient times, the people had no written language; thus, the dance recorded important genealogies, played a role in religious rites and reenacted battles, royal births and other momentous events. It also celebrated the beauty of nature, from fish in the sea to flowers blooming on mountain slopes.

As Christianity spread throughout the Islands and Western ways were accepted, public presentations of the hula ceased. They were not revived until the reign of King Kalākaua, nicknamed the “Merrie Monarch” because of his jovial personality. He directed that hula be a prominent part of his 1883 coronation. 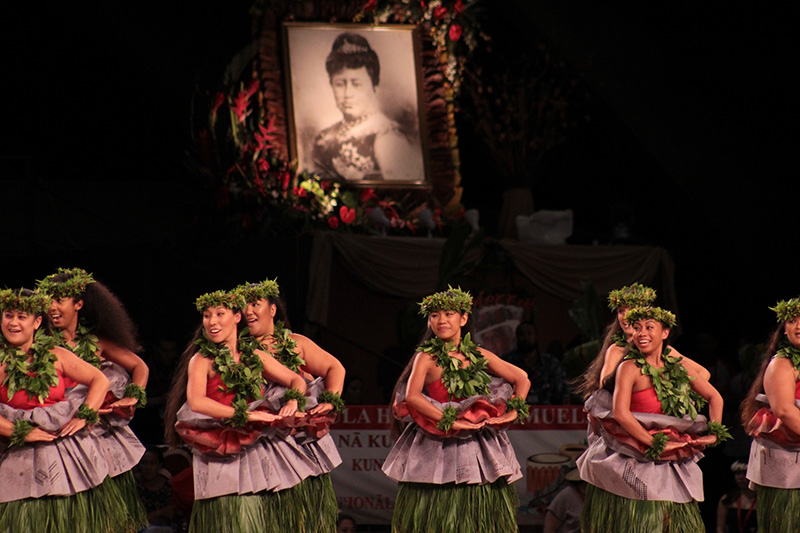 Named after King Kalākaua, the Merrie Monarch Festival in Hilo is Hawaiʻi’s longest-running and most prestigious hula event. Launched in 1963, it perpetuates, preserves and promotes the Hawaiian culture and its arts, including the hula. Attendees enjoy a parade, Hawaiian arts fair, live musical entertainment and a three-day hula competition. 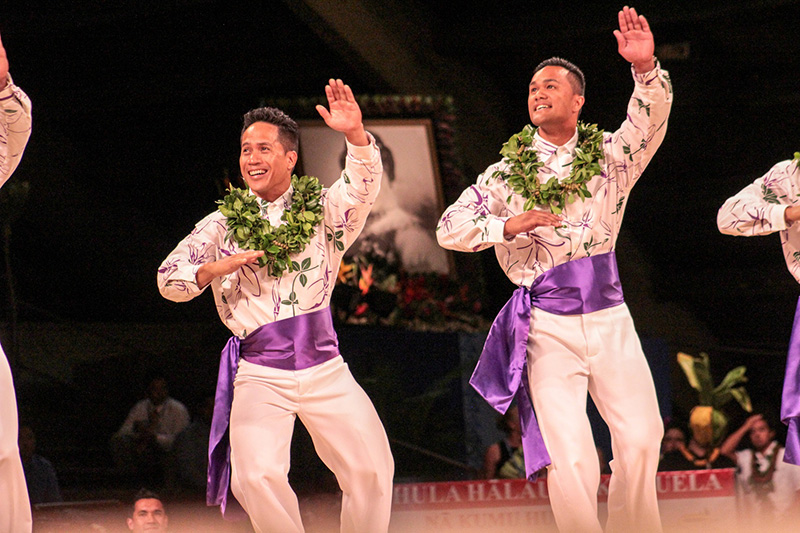 Hawaiian Airlines has been a major sponsor of the Merrie Monarch Festival for more than 30 years. Our support includes scheduling extra flights in and out of Hilo during the week of the festival; offering special group fares and baggage waivers for competing hālau; and operating the Hula Shuttle, the complimentary bus service that goes between hotels and the Edith Kanaka‘ole Stadium on competition days.