“Hang loose,” “Right on,” “Thank you,” “Things are great,” “Take it easy” – in Hawaii, the shaka sign expresses all those friendly messages and more. As kamaaina know, to make the shaka, you curl your three middle fingers while extending your thumb and baby finger. For emphasis, quickly turn your hand back and forth with your knuckles facing outward.

As the story goes, that ubiquitous gesture traces its origins back to the early 1900s when Hamana Kalili worked at Kahuku Sugar Mill. His job as a presser was to feed cane through the rollers to squeeze out its juice. One day, Kalili’s right hand got caught in the rollers, and his middle, index and ring fingers were crushed.

After the accident, the plantation owners gave Kalili a new job as the security officer for the train that used to run between Sunset Beach and Kaaawa. Part of his job was to prevent kids from jumping on the train and taking joyrides as it slowly approached and departed Kahuku Station.

If Kalili saw kolohe (mischievous) kids trying to get on the train, he would yell and wave his hands to stop them. Of course, that looked a bit strange since he had only two fingers on his right hand. The kids adopted that gesture; it became their signal to indicate Kalili was not around or not looking, and the coast was clear for them to jump on the train. 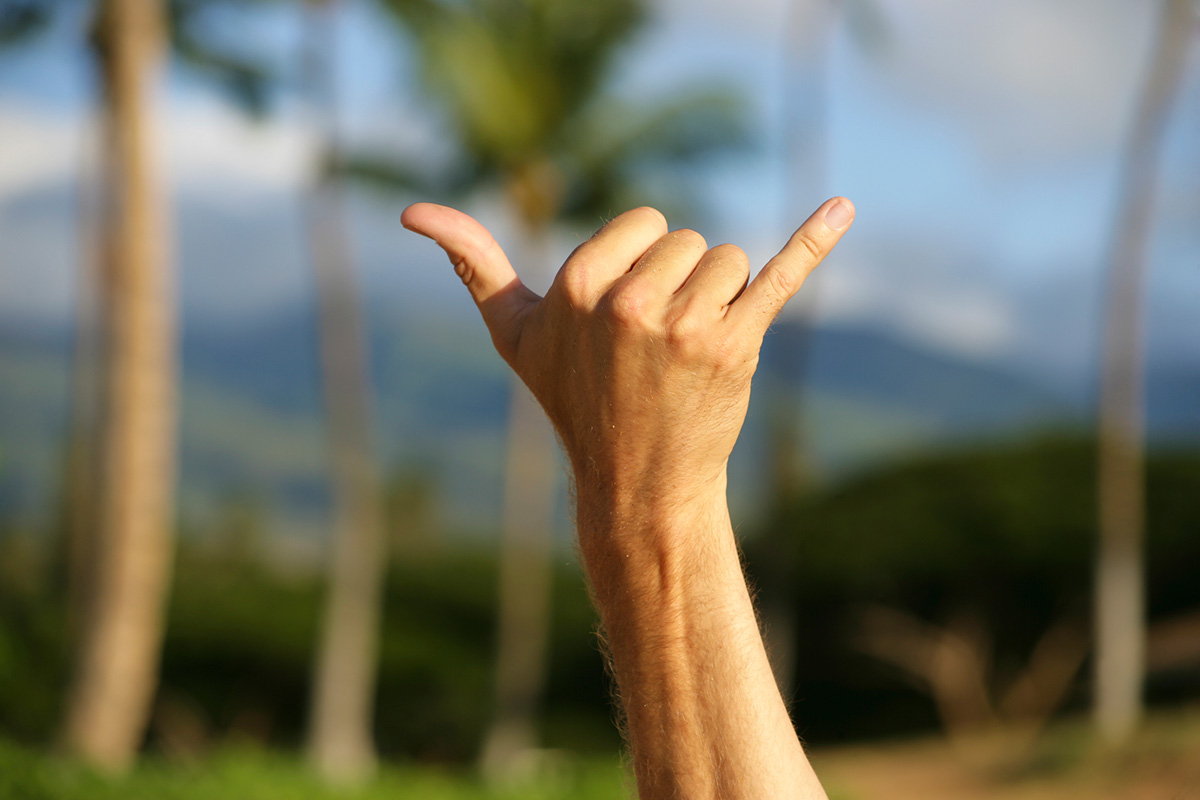 According to a March 31, 2002 Honolulu Star-Bulletin story, Kalili was the choir director at his ward (congregation) of the Church of Jesus Christ of Latter-day Saints (Mormon) in Laie. Even though his back was to the congregation, worshippers recognized him when he raised his hands to direct the choir because of his missing fingers.

Kalili also served as “king” of the church fundraiser – complete with a hukilau, luau and show – that was held annually for years until the 1970s. Photos show him greeting attendees with his distinctive wave.

The term “shaka” is not a Hawaiian word. It’s attributed to David “Lippy” Espinda, a used car pitchman who ended his TV commercials in the 1960s with the gesture and an enthusiastic “Shaka, brah!” In 1976, the shaka sign was a key element of Frank Fasi’s third campaign for mayor of Honolulu. He won that race and used the shaka icon for three more successful mayoral bids, serving six terms in all.

In Hawaii, everyone from keiki to kupuna uses the shaka to express friendship, gratitude, goodwill, encouragement and unity. A little wave of the hand spreads a lot of aloha.