The lei hulu tradition continues in the 21st century with modern artisans.

To Native Hawaiians, the lei hulu (feather lei) were like gemstones, difficult to obtain and sometimes even priceless. They were bestowed to alii (chiefs) after many months, if not generations, of patient preparation. The intricate feather work was a high art form in ancient Hawaii, a testament to the reverence for the leaders, embedded with mana. Today, this treasured history of Hawaiian dynasties continues to shine, one may say, brighter than any diamond. 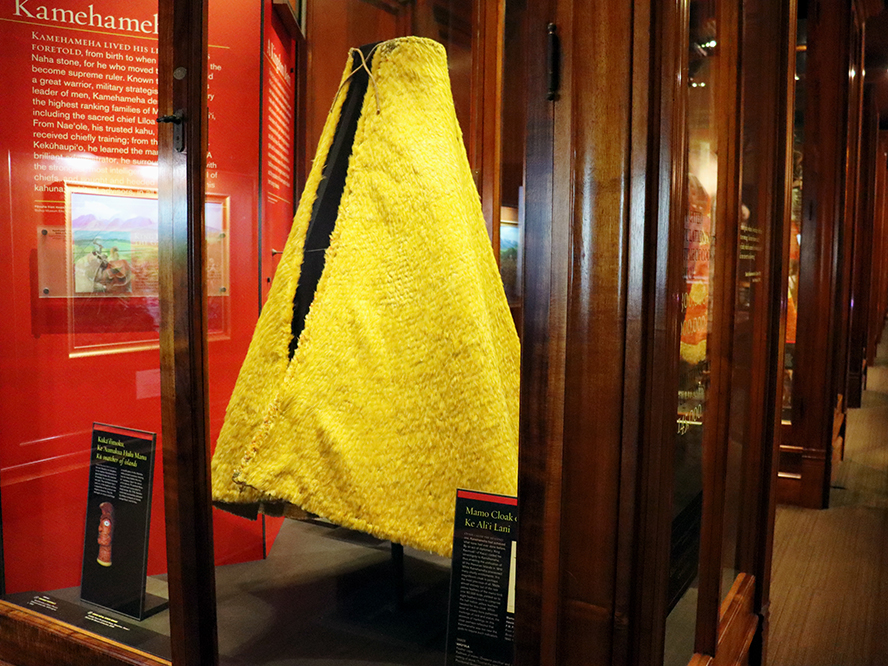 King Kamehameha’s famous yellow ahuula is on display in the Hawaiian Hall of Bishop Museum.

Artistry in every step of the process

Collecting lei hulu materials was a careful, time-consuming process. Dedicated feather gatherers called poe kahai manu spent weeks in the forest, where they would imitate bird calls and use the sticky fruit of papala kepau trees placed atop kia manu poles to catch native honeycreepers. The once common red iiwi and apapane honeycreepers provided the bulk of materials, yet the now extinct oo and mamo were considered most valuable to catch, with their black plumage hiding patches of yellow feathers under each wing and tail. After retrieving the few treasured feathers, the bird catchers would release the honeycreepers to grow more feathers. As new birds were introduced to the Islands, lei hulu makers incorporated feathers of pheasant, goose, chicken and peacock. Traditionally, the very small feathers were threaded to a center cord of aha (coconut husk) or olona (a native shrub), but over time they were secured to cotton or silk fabric, each feather turned intentionally. 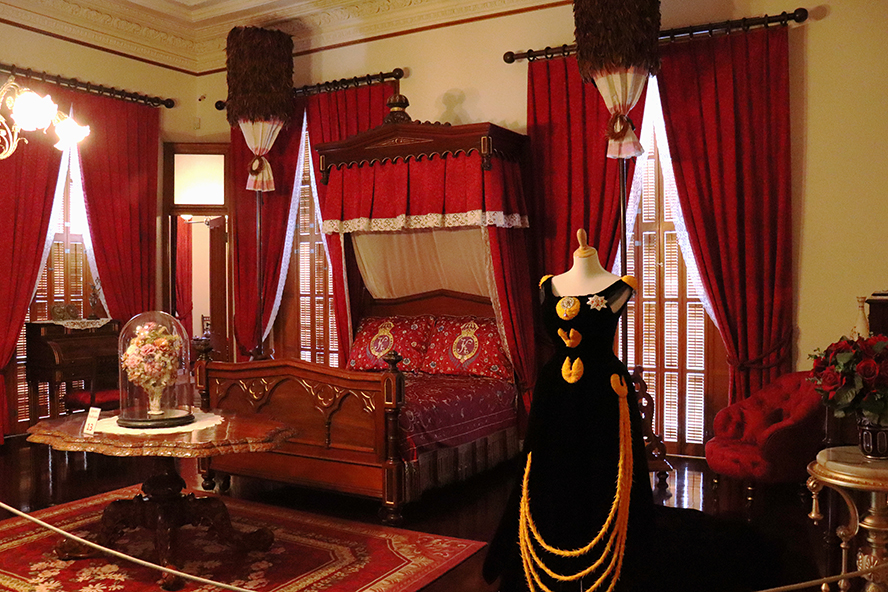 A standard for Hawaiian royalty

Hulu came in many forms, lei but also ahuula (feather cape), mahiole (feather helmet) and kahili (feather staff), reserved for alii families in ancient times and continued by the Kamehameha dynasty as a Hawaiian royal standard. The hulu adornments were made distinctly for each alii with designs of triangles, circles, crescents and lines. A cape’s length signified the chief’s ranking and number of soldiers — King Kamehameha’s touched the ground, said to have used 10 generations’ worth of yellow feathers. The unique feather skirt made in 1824 for Princess Nahienaena had an estimated 1 million feathers, likely the largest piece of feather work ever created. It was later used as a royal pall in the funerals of Hawaiian monarchs like King Kalakaua before being acquired by Bishop Museum, which will display the fragile pau on very special occasions. Also at the museum is Hawaii Island high chief Kalaniopuu's ahuula and mahiole, made with the red and yellow feathers of some 20,000 birds. In 2016, Hawaiian Airlines ensured the safe passage of the cape and helmet from New Zealand back to the Islands, 237 years after the regalia left on Captain James Cook’s crew ship. 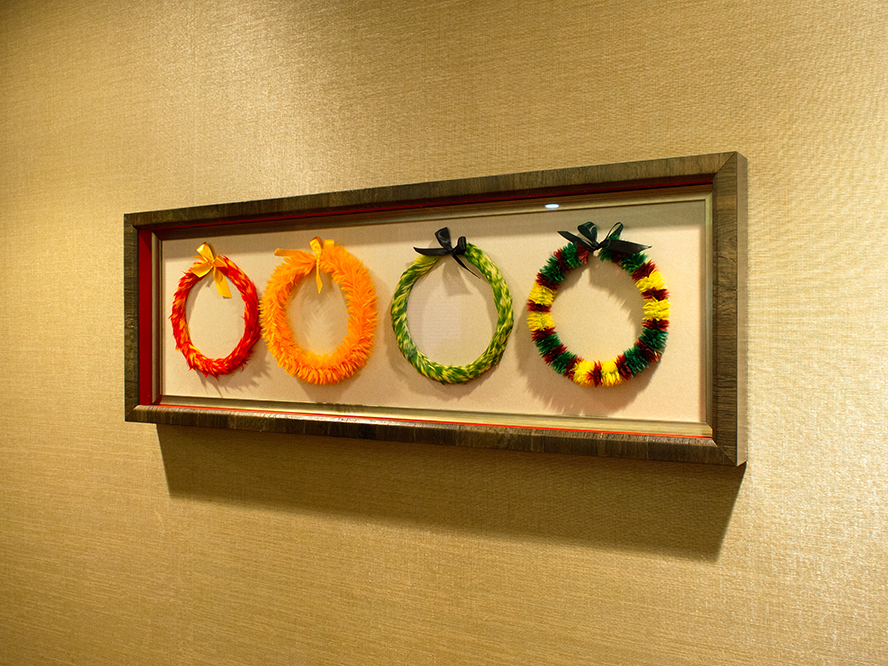 Hulu on display in present day

You can get a glimpse of the royal hulu in Hawaii — if you know where to look. Oahu’s Bishop Museum is home to Princess Ruth Keelikolani’s lei hulu trunk, which still contains her feathers and thread, as well as King Kamehameha’s famous yellow ahuula in the Hawaiian Hall. Continue to the museum's Abigail Kinoiki Kekaulike Kahili Room, where original kahili are on display alongside portraits of Hawaiian monarchy. A reproduction of Queen Kapiolani’s lei hulu gown, worn at the British queen's golden jubilee in 1887, stands regally in the queen’s bedroom of Iolani Palace in Honolulu. The Island Heritage Gallery of Lyman Museum in Hilo, Hawaii Island, showcases vibrant lei hulu of past and present, including ones made by Lei Hulu O Hilo founder Doreen Henderson. Replicas of Hawaiian high chiefs' feather capes and helmets created for the Hawaiian Legacy Reforestation Initiative by artist Rick San Nicolas, a descendant of King Kamehameha, are on permanent exhibit at hotels on Oahu and Hawaii Island. Brilliant lei hulu crafted by the late mother-daughter duo Mary Louise Kekuewa and Paulette Kahalepuna, Hawaii’s most celebrated modern lei hulu makers and authors of “Feather Lei as an Art,” are proudly displayed at Hawaiian Airlines Premier Club lounges across the Islands. Paulette’s student, Hawaiian Airlines Flight Attendant Kawika Lum-Nelmida, built the kahili standing in the king’s bedroom of Iolani Palace.