In Hawaiian, Haleakalā means “house of the sun.” According to Hawaiian mythology, the demigod Maui stood atop this dormant volcano and lassoed the sun to keep it in place longer to help his family have more daylight. (Fans of “Moana” will know who this is!)

Haleakalā spans more than 30,000 acres and rises to more than10,000 feet above sea level. It’s visible from just about any point on Maui. It also has the highest number of endangered species of all the U.S. National Park Service parks. Walk along or ride horseback on one of the park’s trails — there are guided tours, too — and you’ll come across ahinahina or silversword, and the Hawaiian nene goose. You can even camp here! 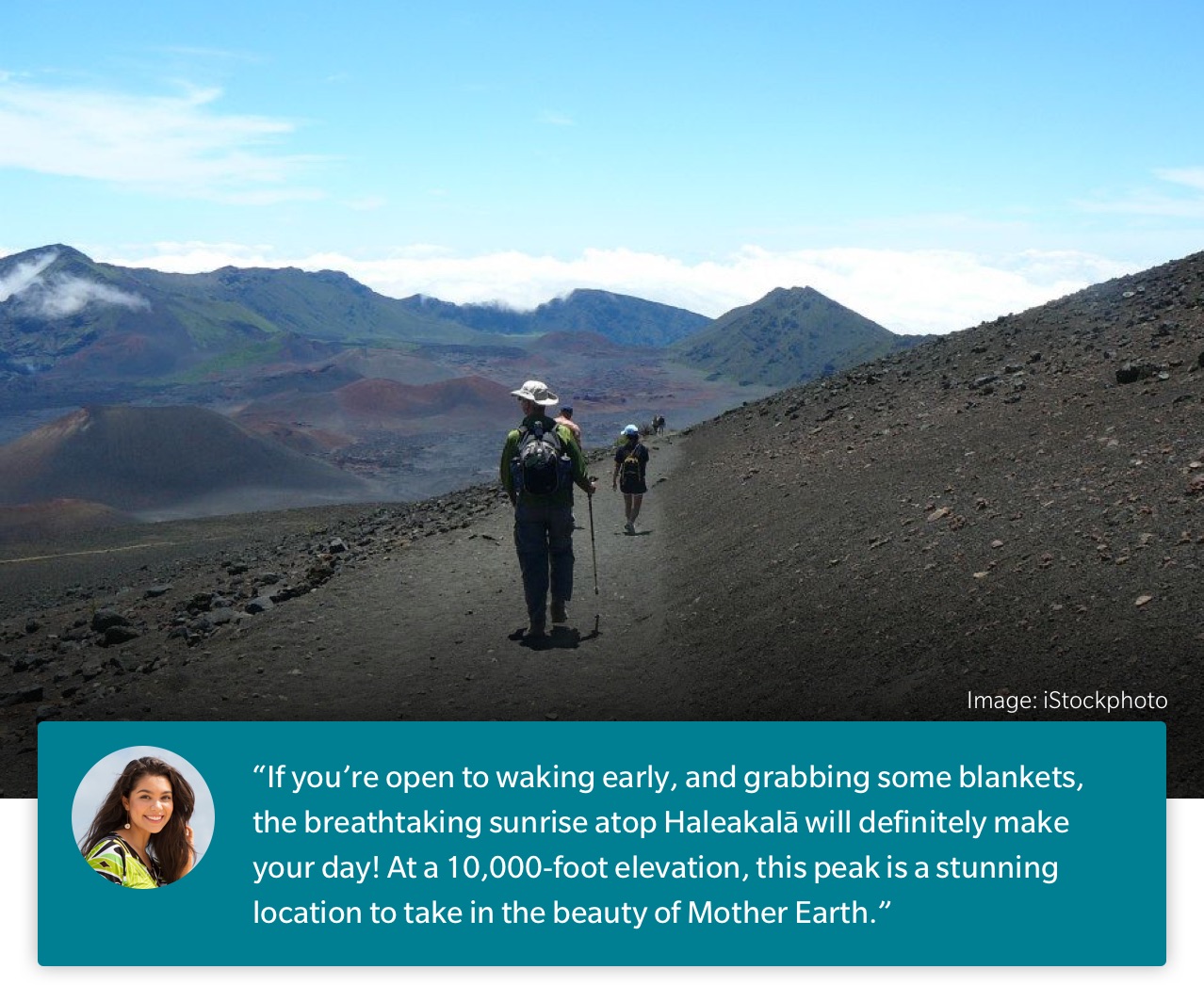 More from Auli`i:
My favorite time to visit Haleakalā is at sunrise, just as the new day begins. If you’re going to visit at this time, be sure to make reservations in advance. You can make them online at recreation.gov. Admission is $1.50 per car.

Also named The Aquarium of Hawaii, Maui Ocean Center has faithfully dedicated themselves to perpetuating the Hawaiian culture and the relationship that still exists between the Hawaiian people and the ocean. Located in Wailuku, just west of Kahului, the center features more than 60 exhibits and is home to one of the largest collections of live Pacific corals in the world. One also can't miss the 750,000-gallon, 54-foot walk-through Open Ocean Exhibit. This incredible walk-through tunnel allows patrons to admire numerous species of sharks, stingrays and tropical fish in their natural state. Another interesting exhibit, the Turtle Lagoon, showcases the honu, Hawaiian green sea turtles who the aquarium raise until eventually released to the open sea. 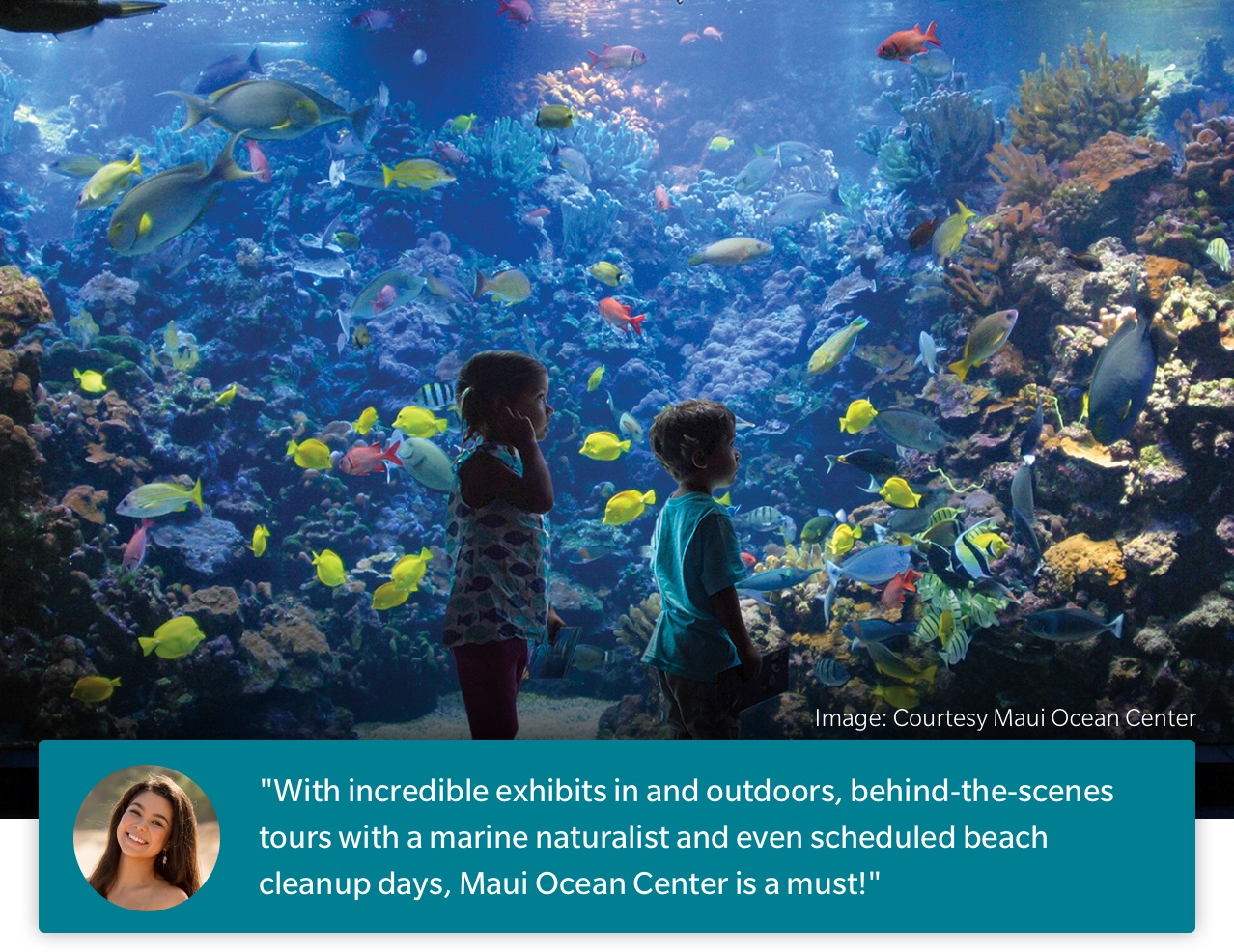 More from Auli`i:
Maui Ocean Center is the perfect rainy-day activity! The center also offers behind-the-scenes tours with marine naturalists, during which you learn about turtles and sharks and even help during feeding time at the Turtle Lagoon and Nursery Bay. It’s just another reason I love visiting. 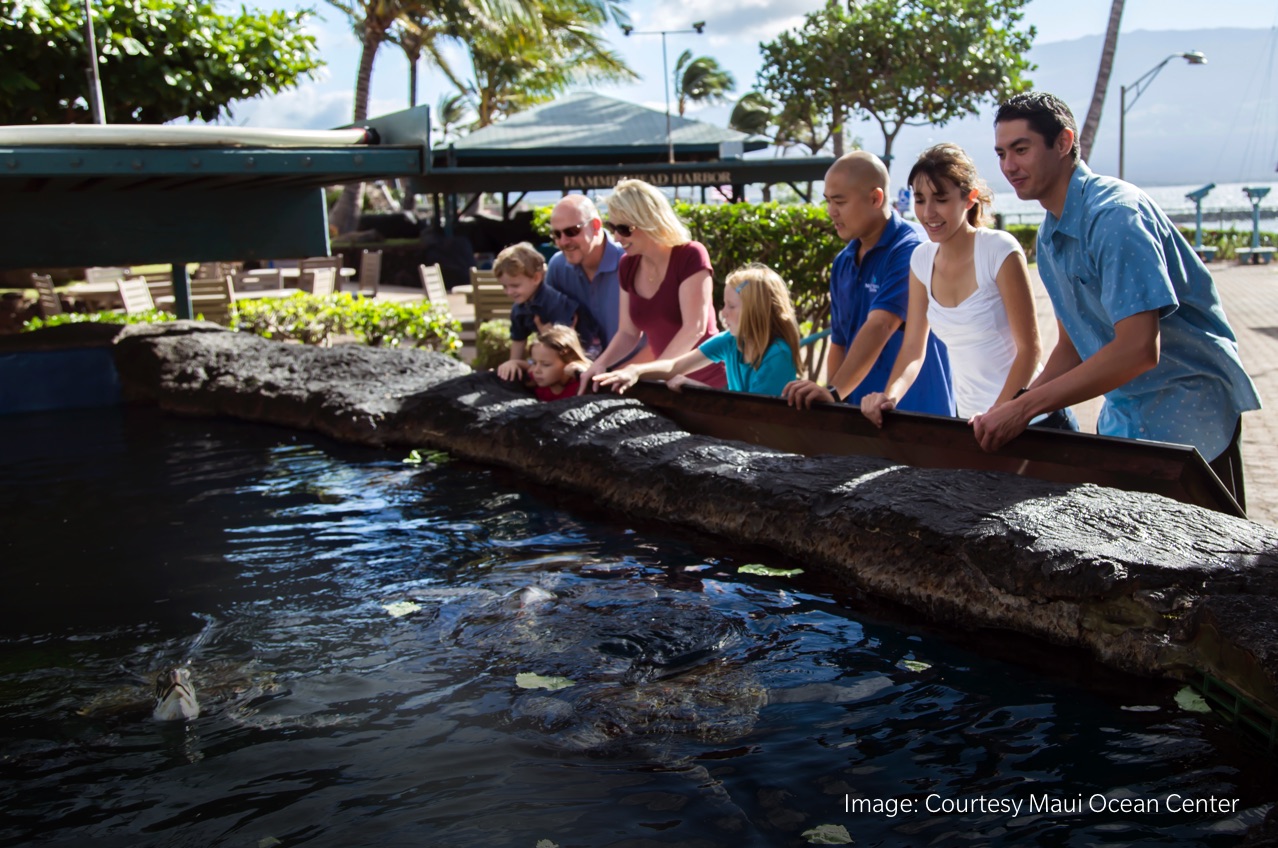 Hanalei has a little bit of everything, from historic sites to quaint cafes and contemporary art galleries. This charmingly small town is on Kauai’s North Shore, just west of Princeville. One of the best spots to observe local life is the Hanalei Pier. This historic pier was built in 1892 and remains a favorite gathering place for North Shore locals to fish, swim and hang out. It’s also a great place to watch the sun set.

One of the most picturesque places in Hanalei is the Limahuli Garden and Preserve. Tucked against Haena State Park, the gardens are part of the nonprofit, National Tropical Botanical Garden. Limahuli is a pu`uhonua, or place of refuge for dozens of endemic plants and birds and is located in one of the most biodiverse valleys in the Hawaiian Islands. The gardens feature traditional kalo terraces, ancient canoe plants, native species and more. Tours are available for an in-depth look at the garden’s conservation efforts. 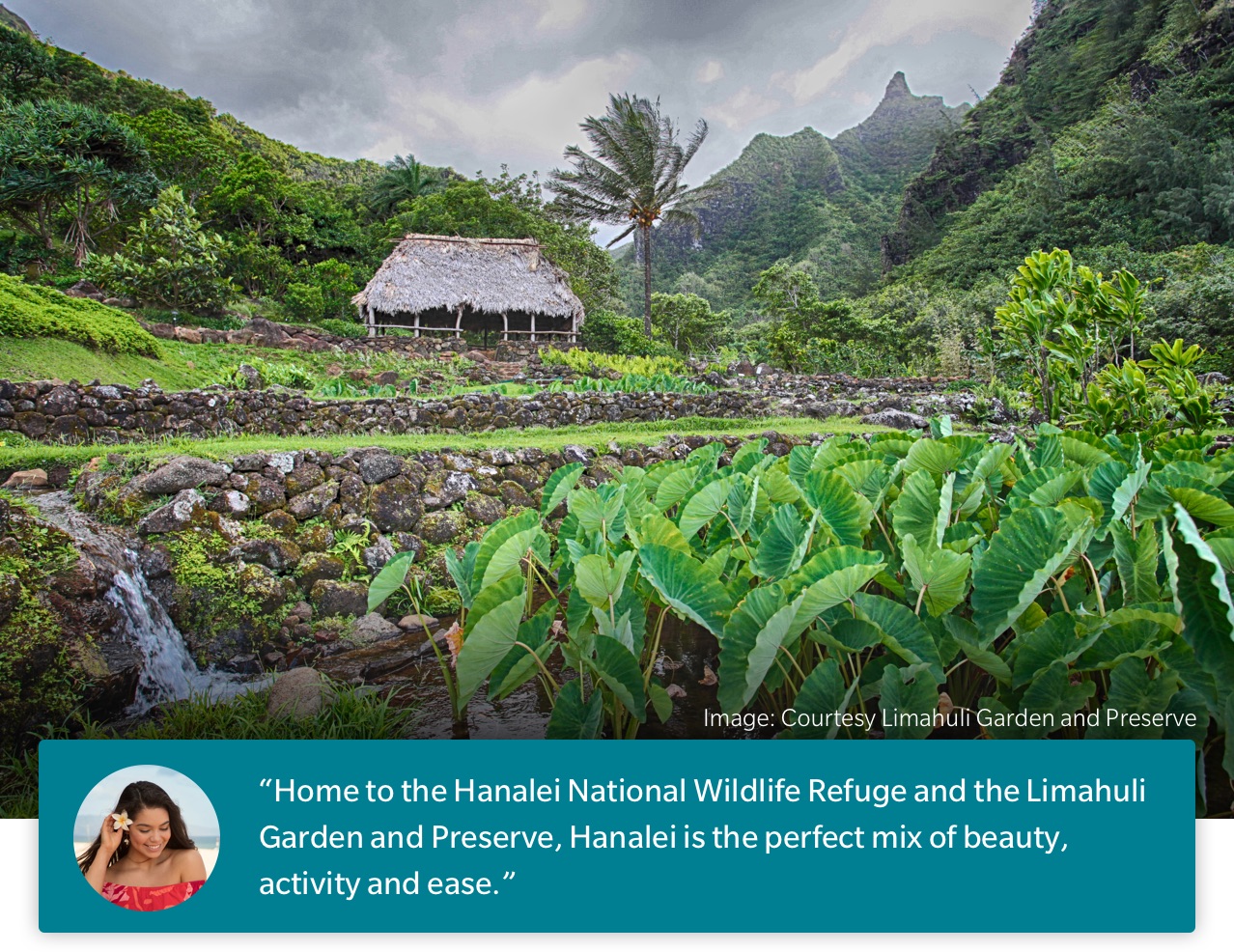 More from Auli`i:
A visit to Hanalei isn’t complete without eating some of its renowned poi. It’s my favorite—I’m getting hungry just thinking about it! You can get poi from the Hanalei Poi Co., Hanalei Taro and Juice Co., and Waipa Foundation, among others.

There are two locations of this mainstay Hawaiian food eatery; the original Highway Inn opened in 1947 in Waipahu, on Oahu’s Leeward or West side and the second location is located in Kaka`ako in Honolulu. A third generation restaurant, Highway Inn is run by Monica Toguchi, the founder’s granddaughter. Highway Inn’s most popular dish is its combo plate where you can sample traditional Hawaiian dishes, including kalua pig, poi (pounded taro paste), lomi salmon, squid luau (cooked squid or octopus stewed in taro leaves and coconut milk) and haupia (coconut dessert). 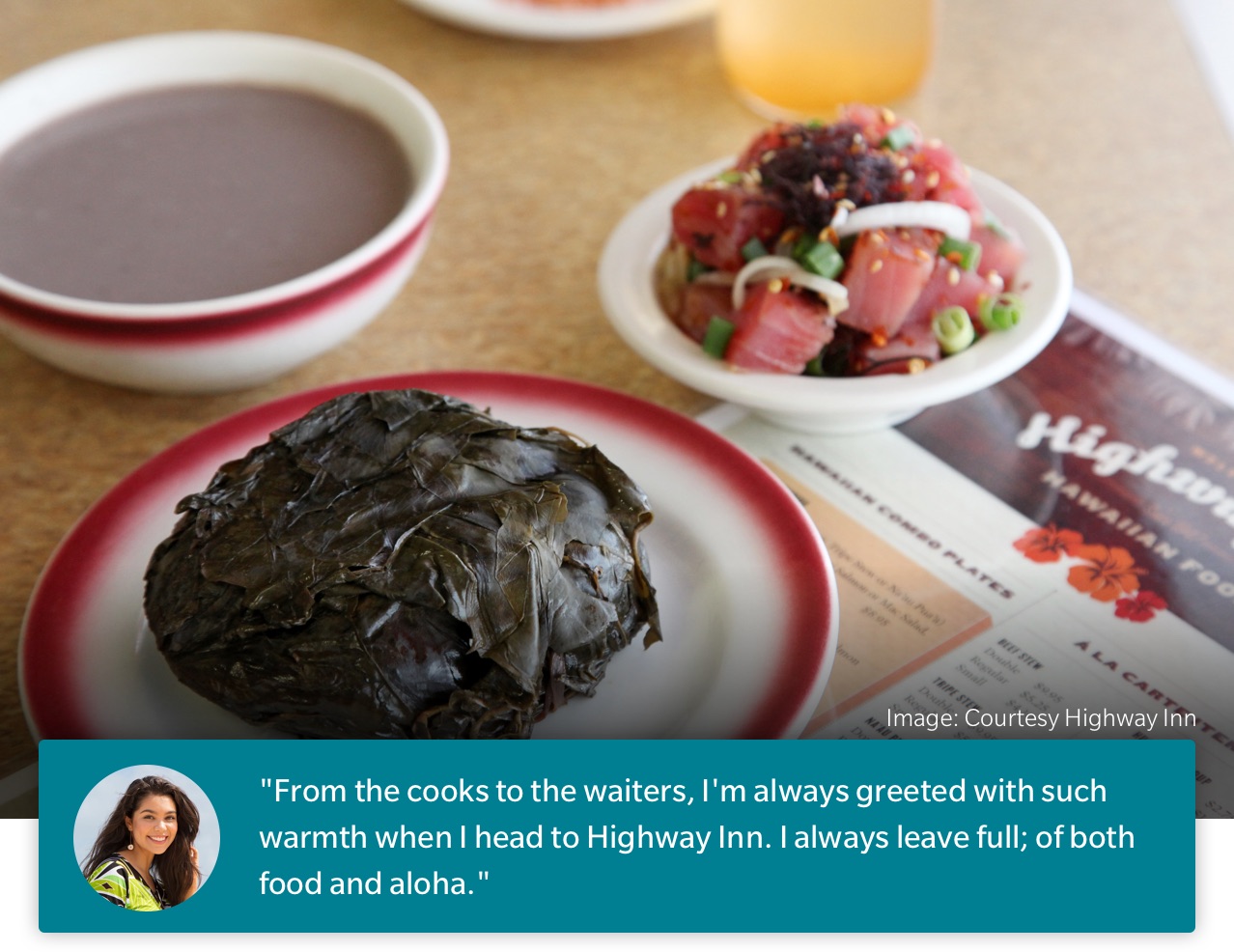 More from Auli`i:
Whenever I'm craving ono (delicious) Hawaiian food, Highway Inn is the place I go! I always get the Kalua Quesadillas, but people come from all over the island for their traditional Hawaiian plate! 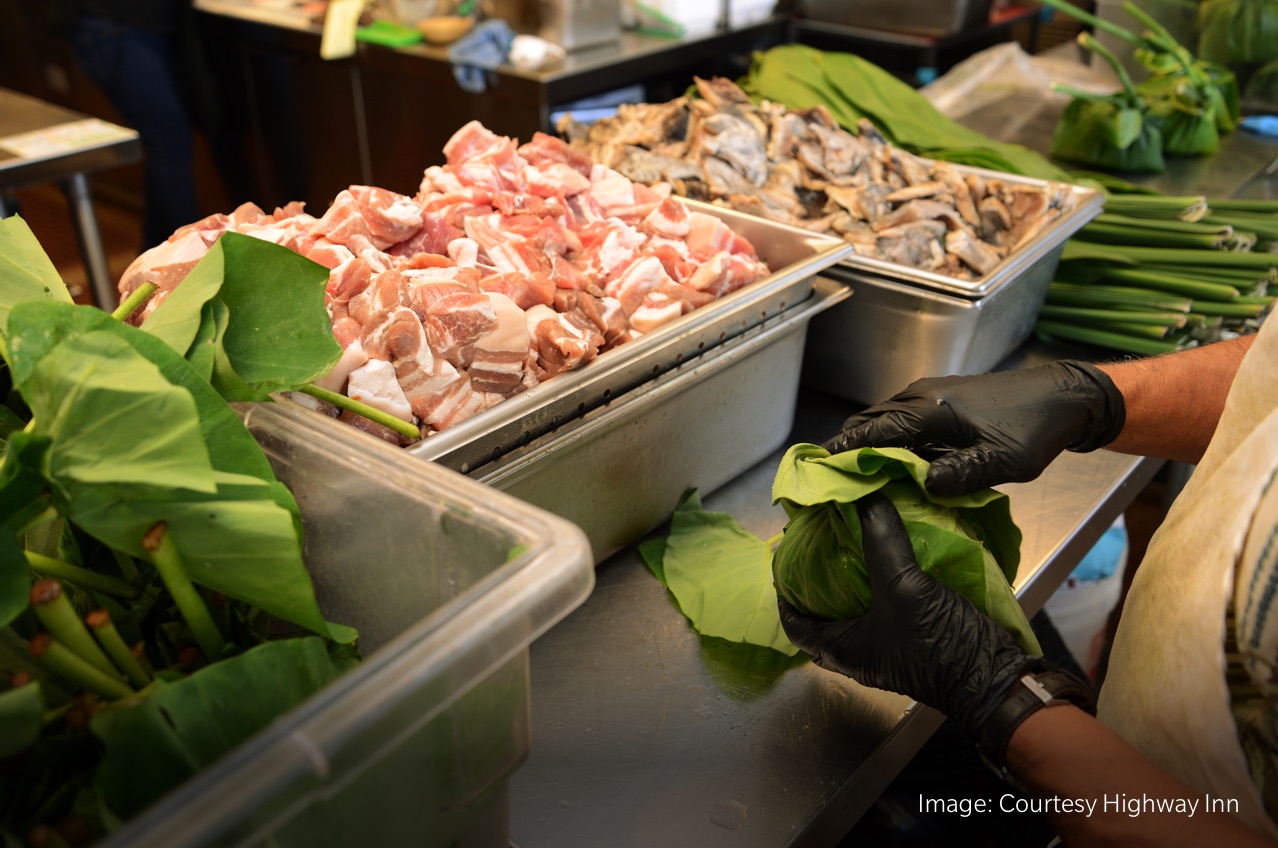 If you want to feel like you’ve stepped back in time to experience how Hawaiians, Tahitians and Samoans cooked, lived, slept and created art, then schedule a day at the Polynesian Cultural Center. The expansive, 42-acre center is located on the North Shore of Oahu and features six island villages with interactive displays and cultural demonstrations for the peoples of Hawaii, Samoa, Tahiti, Tonga, Fiji and Aotearoa, or New Zealand. You can learn how to throw a spear, pound poi and weave lauhala leaves. The center also offers paddling lessons on outrigger canoes in its lagoon. When you’ve worked up an appetite, head to the Hukilau Marketplace for lunch, and shop afterward. 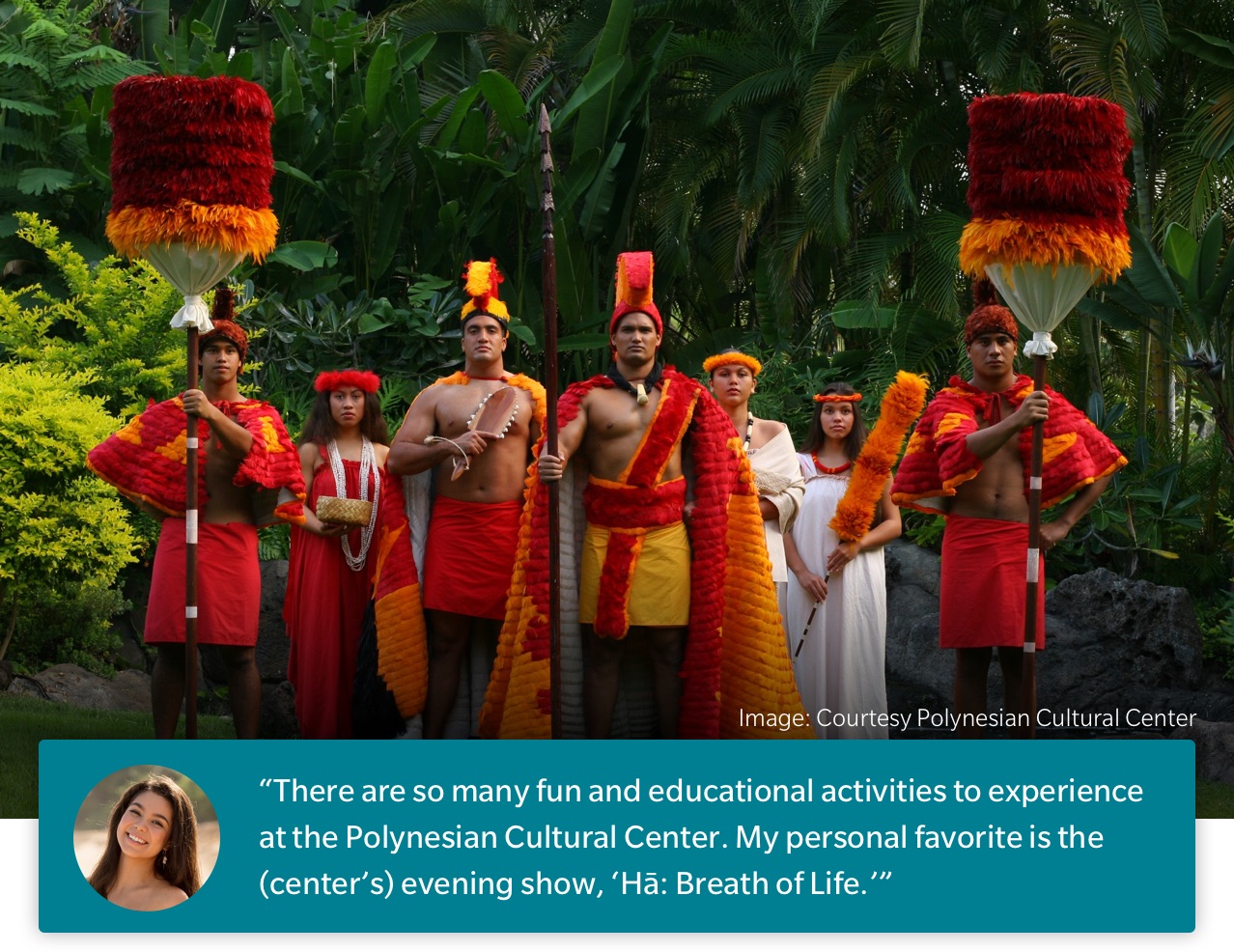 More from Auli`i:
Whenever I visit the Polynesian Cultural Center, I always stay for its luau and evening show. The dance, traditional clothing and storytelling give visitors an entertaining and educational experience of Polynesia’s peoples. Plus, there’s a tasty buffet! 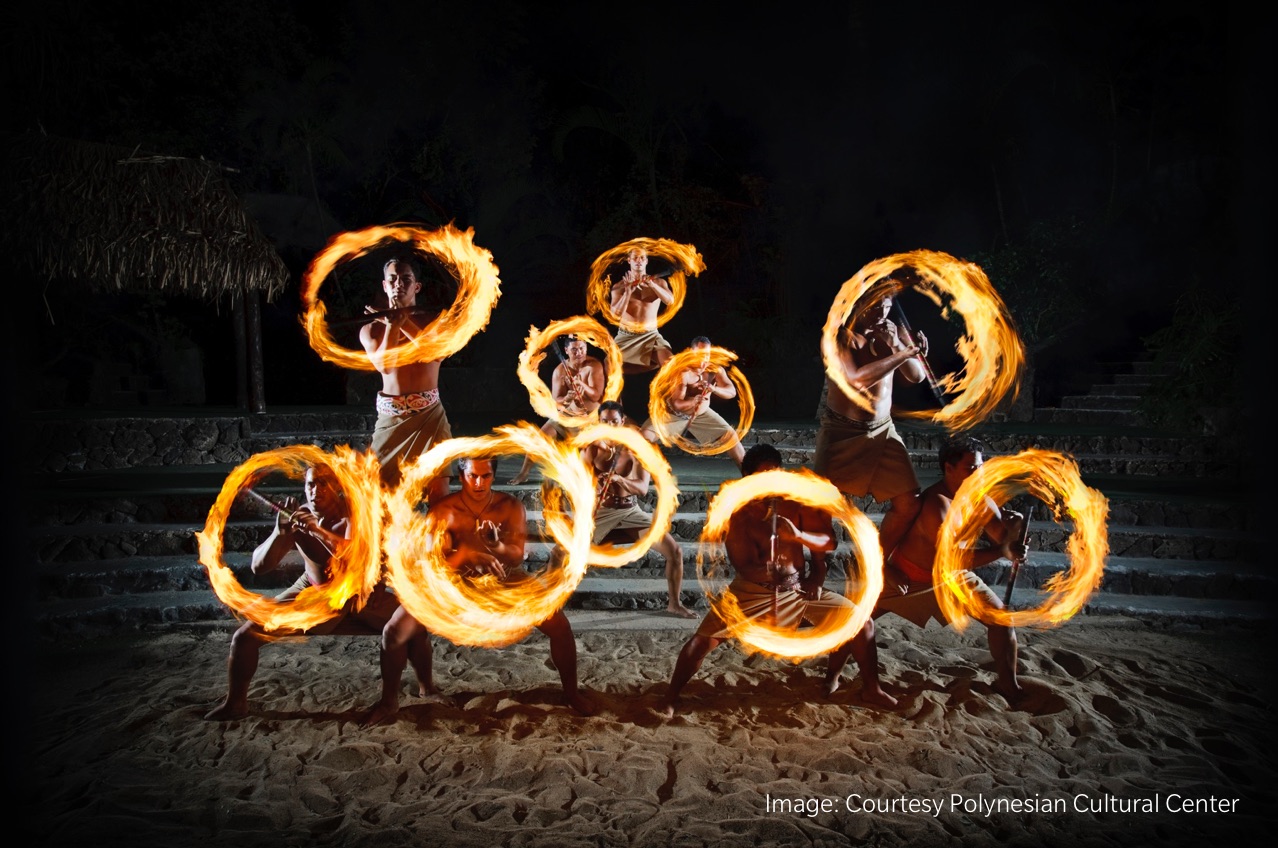 In front of the North Kohala Civic Center stands the original King Kamehameha I Statue, erected not far from where Hawaii’s greatest king was born. This statute was made in Florence, Italy in 1880, but the ship that carried it sank off the Falkland Islands. Everyone thought it was irretrievable, so a placement statute was commissioned and erected in Honolulu. Surprisingly, the original statue was recovered in 1912! It was restored and installed near Kamehameha's birthplace in Kapa`au. 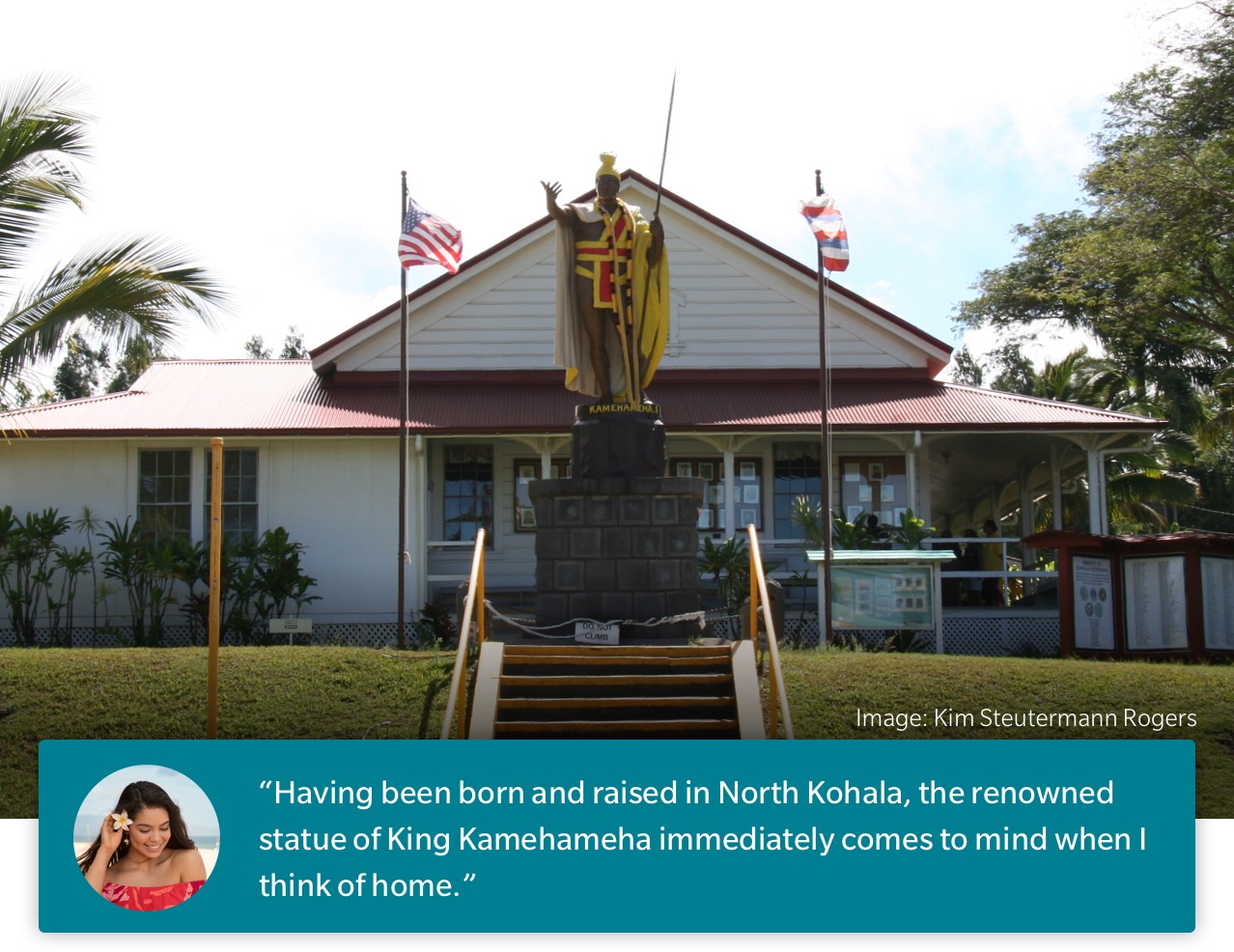 More from Auli`i:
Like my friends and family, I grew up learning about King Kamehameha I. Paiea, as he was named at birth, was kept hidden from warring families during the early years of his life. 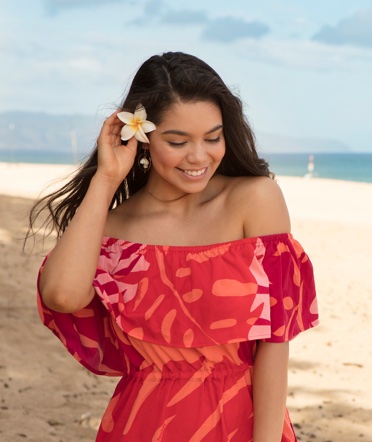 After it was safe, Paiea came out of hiding and was renamed Kamehameha, meaning the Lonely One. He began training as a warrior and legend says he proved his strength when he overturned the Naha stone, which is said to weigh 2.5 and 3.5 tons. It was prophesied that whoever moved the stone would rule the islands. In 1810, King Kamehameha I did indeed unite the Hawaiian Islands under his leadership.

Up Next: Auli`i's Island Favorites: Part 3.