Above: Samples of coffee prepared for the cupping process.

Lion Coffee, with its iconic lion head logo, is one of Hawaii’s most beloved brands. It’s also one of the oldest trademarked businesses in the United States and was established in 1864 in Toledo, Ohio. After becoming a household name in the early to mid-20th century, the company was liquidated and lay dormant until 1977. Nearly a century after its launch, Hawaii entrepreneur, Jim Delano purchased the trademark and rights to Lion Coffee and reestablished the business in downtown Honolulu. Today, Lion Coffee is the largest producer of coffee in Hawaii and is sold across the globe.

Hawaiian Airlines sat down with Wenli Lin, the chief marketing officer of Hawaii Coffee Company, the owner of Lion Coffee, who shared the robust history of the 155-year-old coffee company.

This interview has been lightly edited for clarity.


Q: Why did Hawaii entrepreneur, Jim Delano decide to move and restart the company on Oahu?
A: Jim Delano was a successful entrepreneur in his own right. He was also a coffee aficionado. When he moved to Oahu in 1977, he couldn’t find high quality coffee in town. Being a visionary, he said, ‘I’m going to start my own gourmet coffee company.’ Jim was an art history major in college and a longtime fan of Americana art and somewhere along the line he found an old Lion Coffee postcard from the 1800’s and discovered Lion Coffee went dormant, but there were rights to brand. So, he went to Ohio and purchased the trademark and the rights to Lion Coffee. With that, he opened the first Lion Coffee at 222 Merchant Street in downtown Honolulu, roasting and blending coffee in the basement. Then in 1984, he moved Lion Coffee to 831 Queen Street at the edge of downtown. Many local residents still remember the aroma of coffee as they came to work each morning. 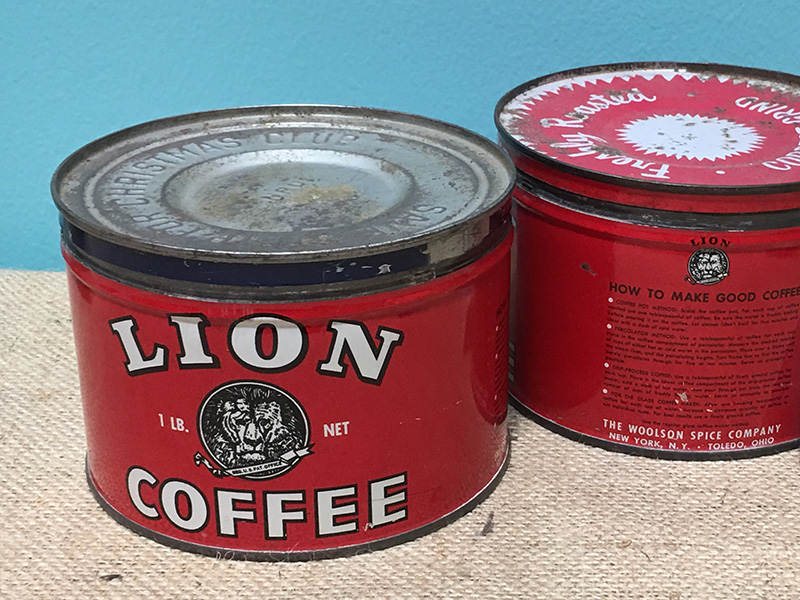 Above: Visitors can view historic memorabilia at Lion Coffee’s facility in Kalihi.

Q: In the 1980s, Lion Coffee began adding flavors to its coffee, such as the classic Kona macadamia and chocolate macadamia. How did that come about?
A: Jim was a world traveler, so he probably knew that people in the Middle East have been drinking coffee blended with nuts, spices and flavors for a few hundred years. In the early 1970s, coffee drinkers started to demand more flavor varieties than just regular black coffee or coffee with sugar or creamer. Flavored instant coffee, flavored creamers and syrups began to emerge and flavored coffee technology began to improve. Jim jumped on the idea of Island- inspired flavored coffee in whole beans and in ground form. Working with the roast- master in the “Lion Coffee laboratory” onsite, Jim developed a variety of tropical tastes and profiles. Many were patented and we still own some rights to the original flavor formulas. 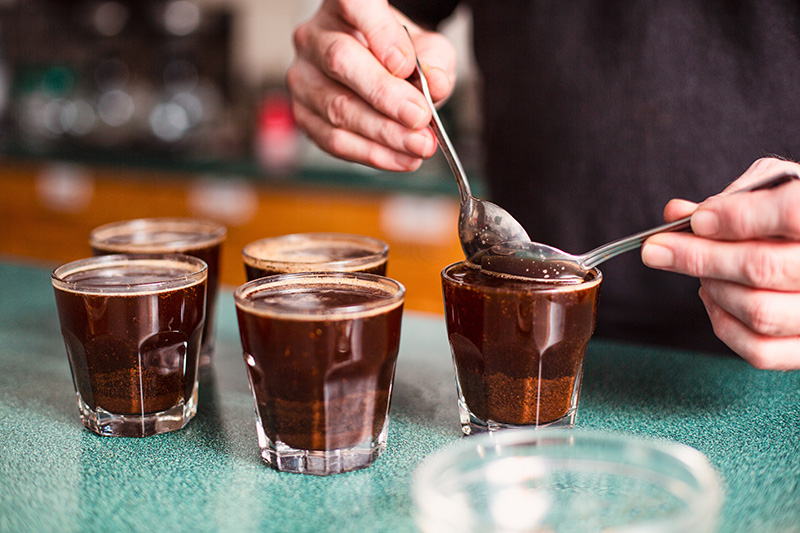 Above: Cupping is used to evaluate the tastes and aromas of different coffee blends.


Q: How did Lion Coffee become Hawaii’s biggest producer of coffee in the Islands?

A: It’s been about quality and innovation. Jim Delano was stringent with the fact that Lion Coffee has to be the best and he always bought the best coffee beans he could find … In the 1980s Jim purchased a roaster that was designed for maximum bean roasting without scorching or breaking the beans. It was considered revolutionary and the quality of roasting improved drastically. And in 1984, he purchased the first of its kind in Hawaii – a vacuum-pack machine that affixes air valves on coffee bags to let out natural gases to keep coffee fresh longer.

Q: Lion Coffee is made in the company’s 55,000-square-foot facility in Kalihi and offers free roastery tours. What do people love most about the tours?

A: Our guests love the sensory experience. They touch the green beans while they’re in the burlap bag as we explain where they come from. They smell the roasted coffee when they’re inside the roastery. They hear the machines form the coffee bags. They see how the bags are filled with coffee. And at the end of the tour, they taste the coffee. I think most guests see firsthand the care and attention to detail that goes into making a good cup of coffee.

Above: Visitors to Lion Coffee are able to observe the roasting process.

Q: What makes Lion Coffee a favorite among kamaaina and visitors?

A: Lion Coffee continues to be the No. 1 in market share and in brand awareness among all local coffee brands. We make it our mission to deliver the “Hawaii’s Favorite First Cup” promise … kamaaina know that we’ve been around for a while and have stayed true to the taste of Lion Coffee without changing or sacrificing quality over the years. For many visitors, it’s reminiscent of their Hawaii experience, especially with the Island-inspired flavored coffee. 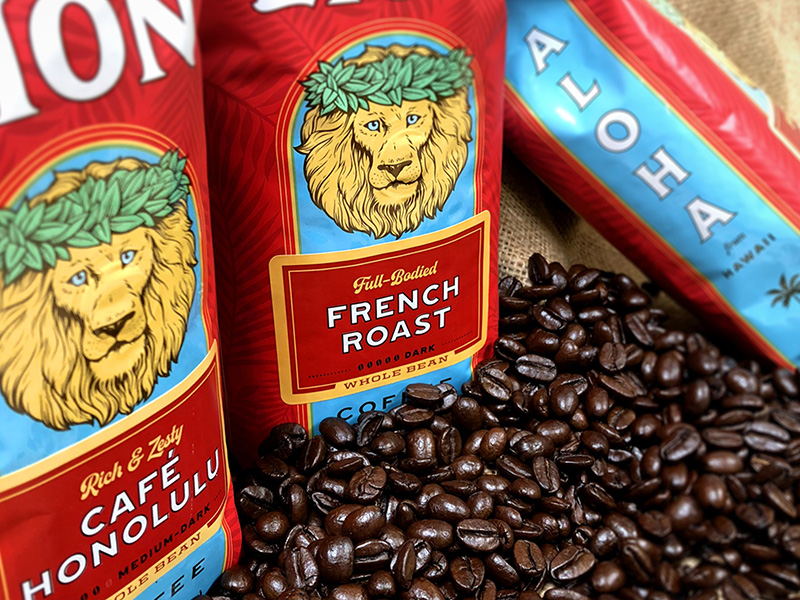 Above: Lion Coffee has been roasted in Hawaii for the past 40 years.